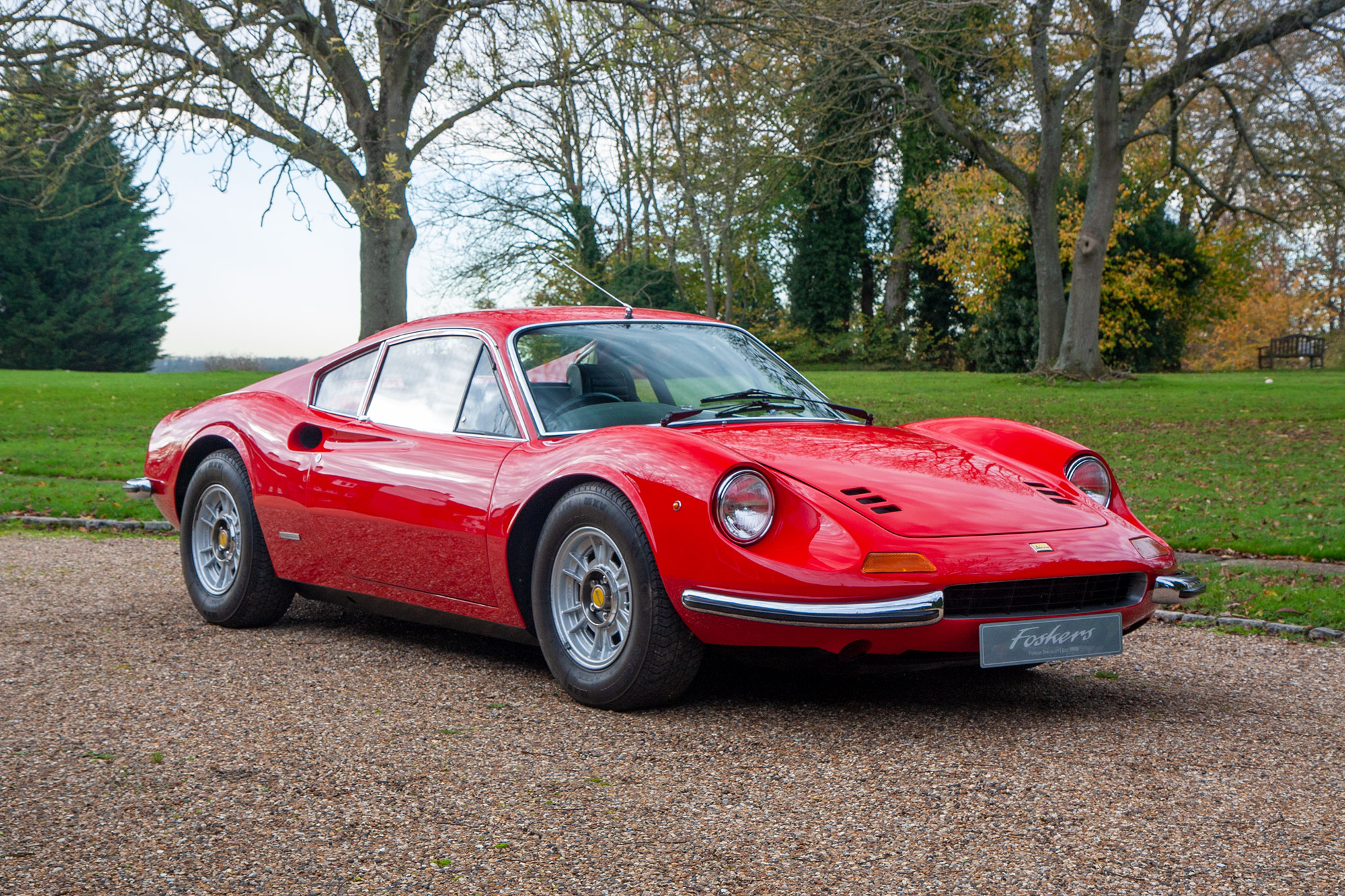 Ferrari’s iconic Dino was first shown to the world as a prototype at the 1965 Paris Motor Show. The car morphed into the 206GT of which only 150 cars were built from 1967 to 1969. This car was built with an all alloy body and had a 1987cc V6 engine. In 1969 the 246GT was released, which whilst a similar looking car in many ways was actually quite different. The car sat 3” taller than its predecessor and the body was now built from steel. Mechanically the ‘new car’ was powered by a 2418cc V6 engine. Enzo was keen to tackle Porsche head on and to do this he needed to increase production. The Dino was a hit and circa 4,000 of these cars (both the 246GT and 246 GTS) were built from 1969 to 1974.

Concerned at how the world would accept his lower priced, ‘affordable’ 6 cylinder sports car and that a ‘cheaper car’ may diminish the Ferrari brand, Enzo Ferrari decided the car would not carry the badge of the prancing horse. Rather it simply be known as a ’Dino’ to also commemorate the life of his son who designed the 6 cylinder engine.
Today the world knows the Dino as a Ferrari, and a real one at that! These beautiful little cars are adored by car people across the world and good ones are most sought after.

This Ferrari Dino 246 GT is an exemplary display of the ‘E-series’, presented in superb condition throughout, and accompanied by a wonderful history file.The odometer shows the car has covered just 38,578 genuine miles from new.
Chassis number 04632 remains a very original UK RHD example, supplied to H.R. Owen in July 1972 by Maranello Concessionaires. Its first owner relocated to California where the car was shipped and spent more than 2 decades. Found by a New Zealand Ferrari Enthusiast in Los Angeles, the car was then shipped once again and this time to Timaru NZ.
Over the following 5 years, an extensive nut-and-bolt restoration was undertaken. No stone was left unturned with a complete rebuild, including engine, gearbox, suspension, body and interior. Tracked down and subsequently purchased by Foskers in 2016, it was then imported back to the UK where it was sold later that year to a long-standing client of ours. The car has been part of a fantastic collection ever since, and used only sparingly. The history file contains a wealth of supporting documents, including early Maranello history.
Today, this Dino 246 GT still presents in superb condition. The bodywork is in great shape, with impressive shut lines and panel gaps, and the Rosso Chiaro paint showcases the car’s curves perfectly. In the cabin, the correct vinyl upholstery presents beautifully. It has a lightly worn appearance commensurate with the low mileage. The rest of the trim is equally impressive, and the metal door furniture and switchgear are all in excellent condition. The gear knob is to the correct specification, as is the steering wheel.
All in all, it remains a perfect matching numbers example. Driving and presenting superbly, it is now ready to delight a new owner. 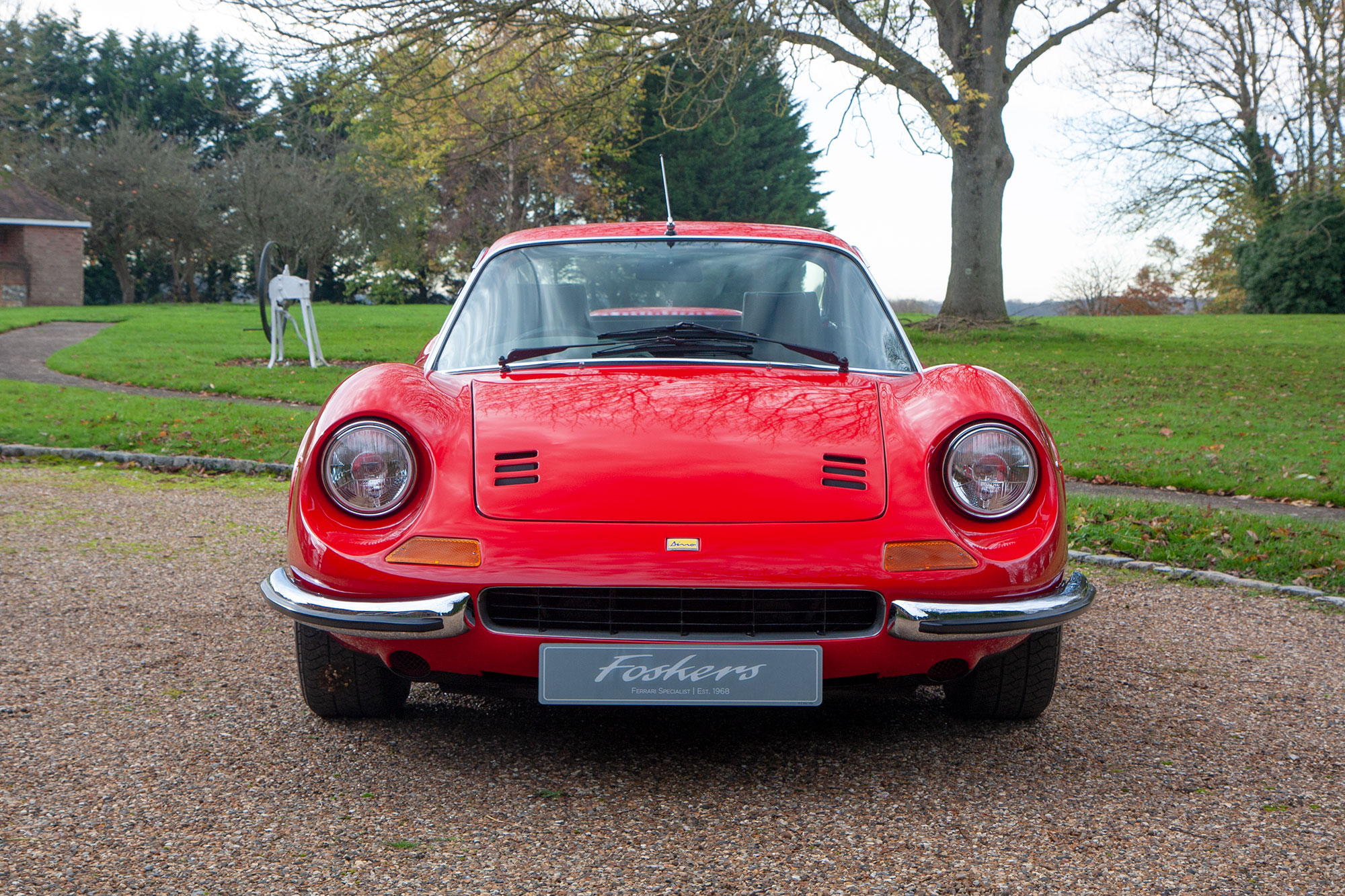 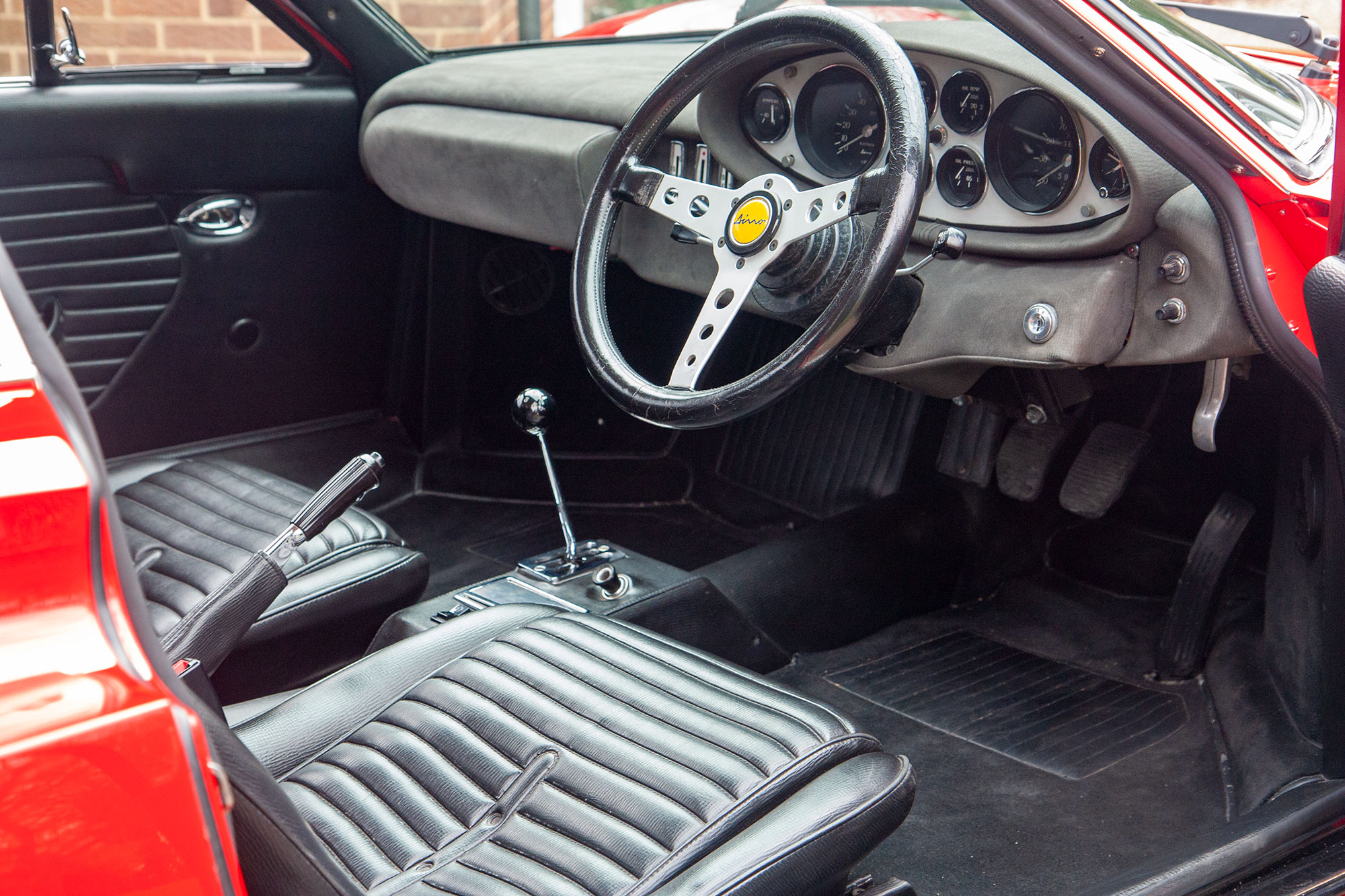 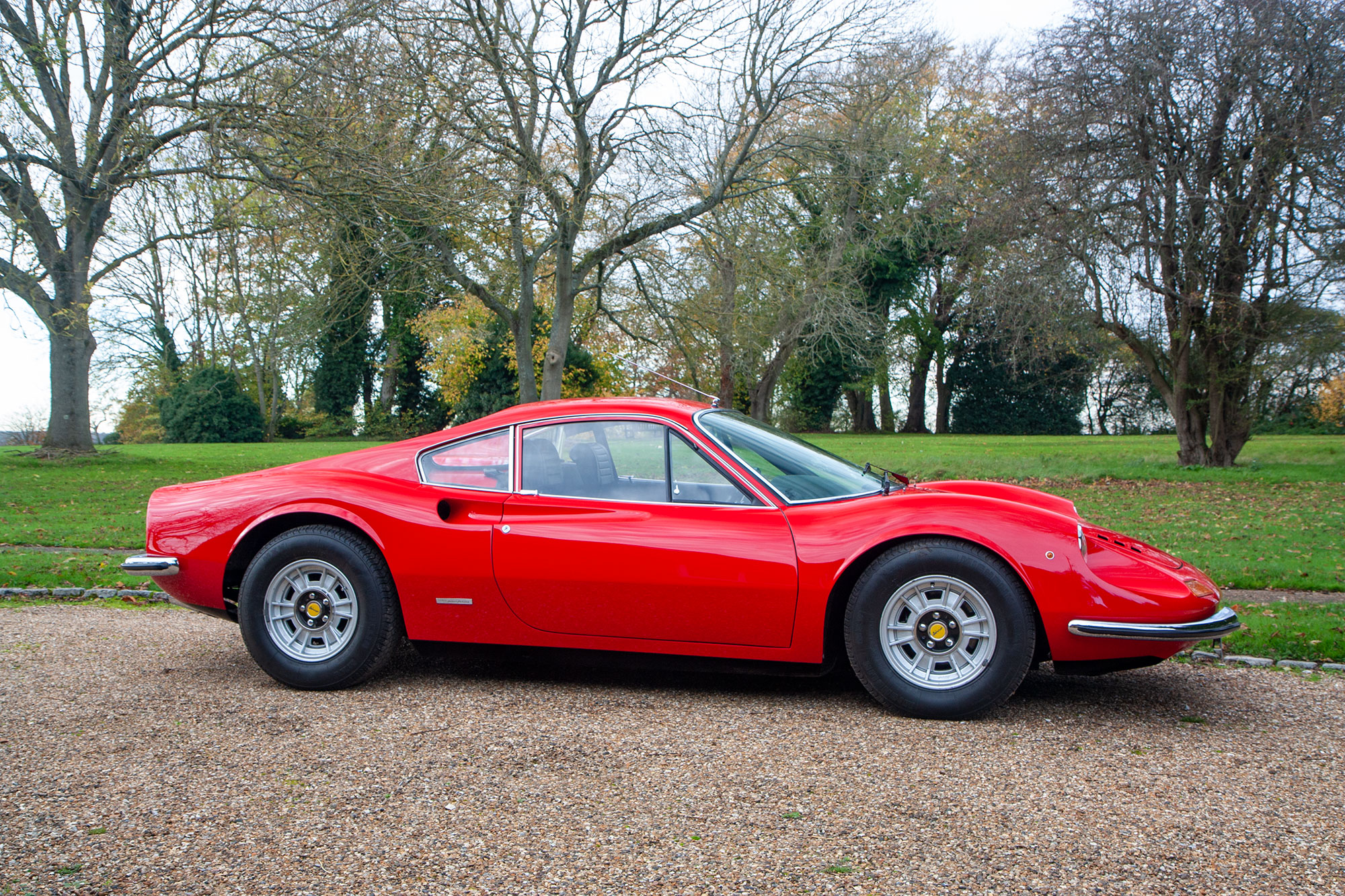 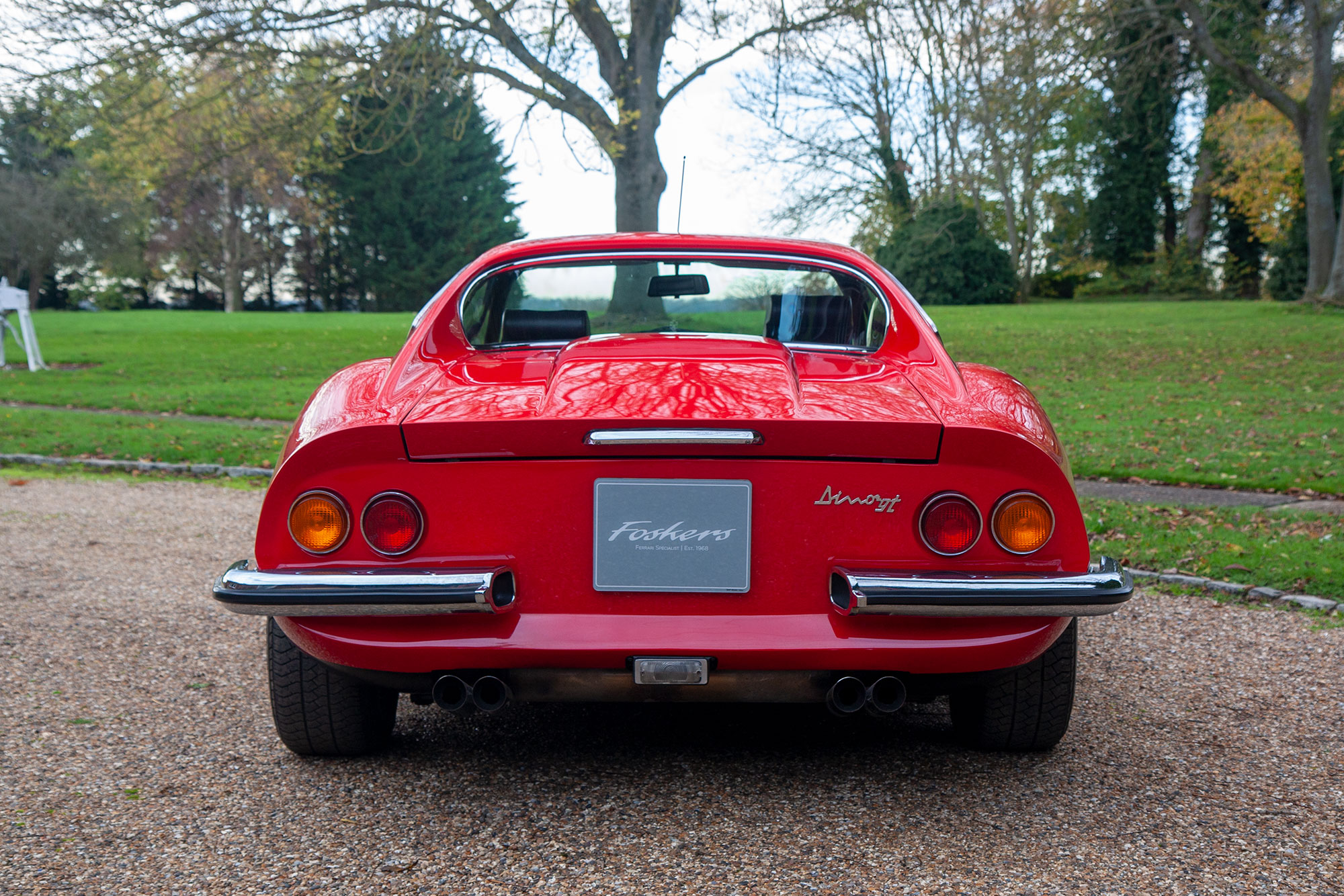 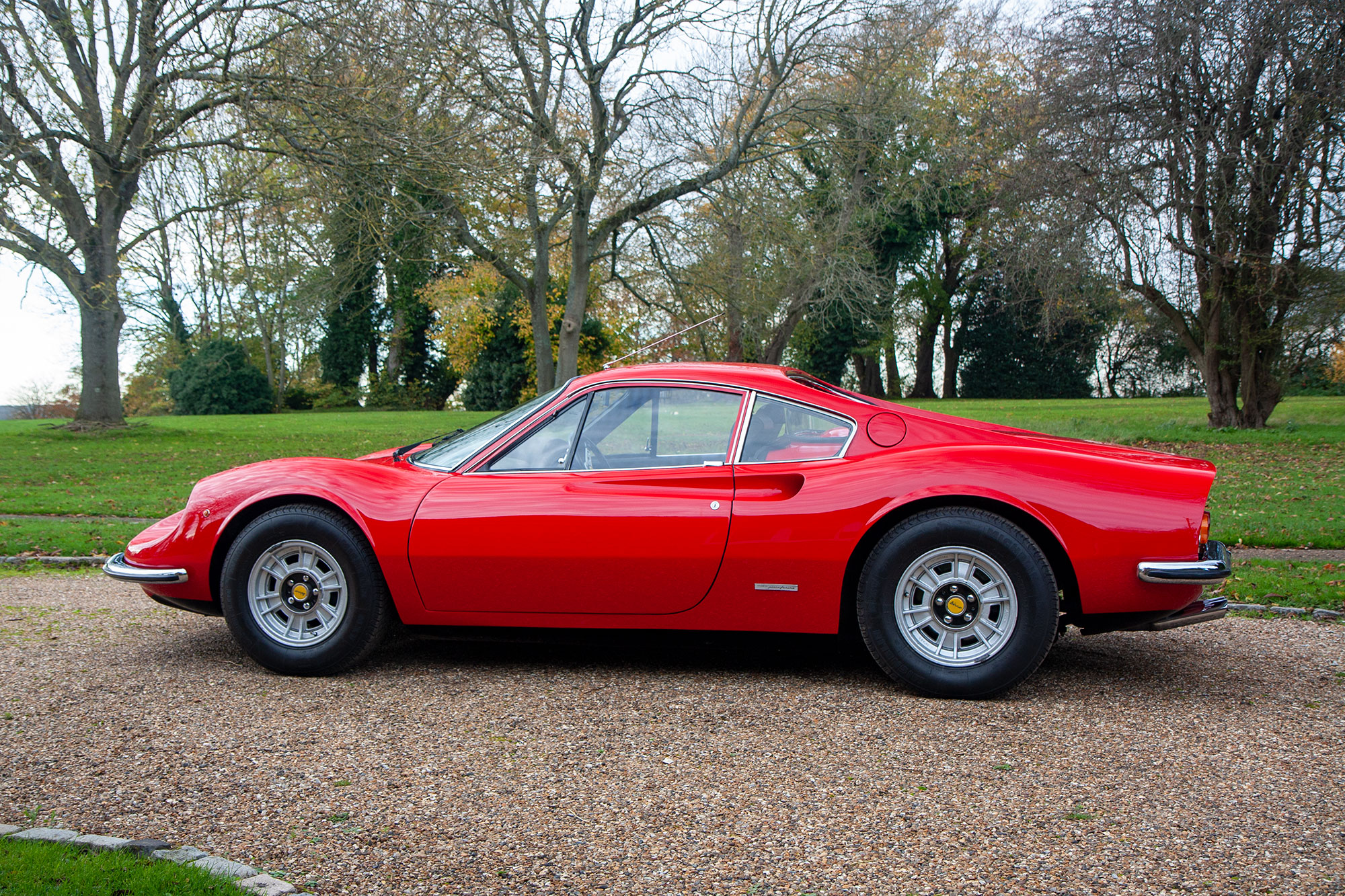 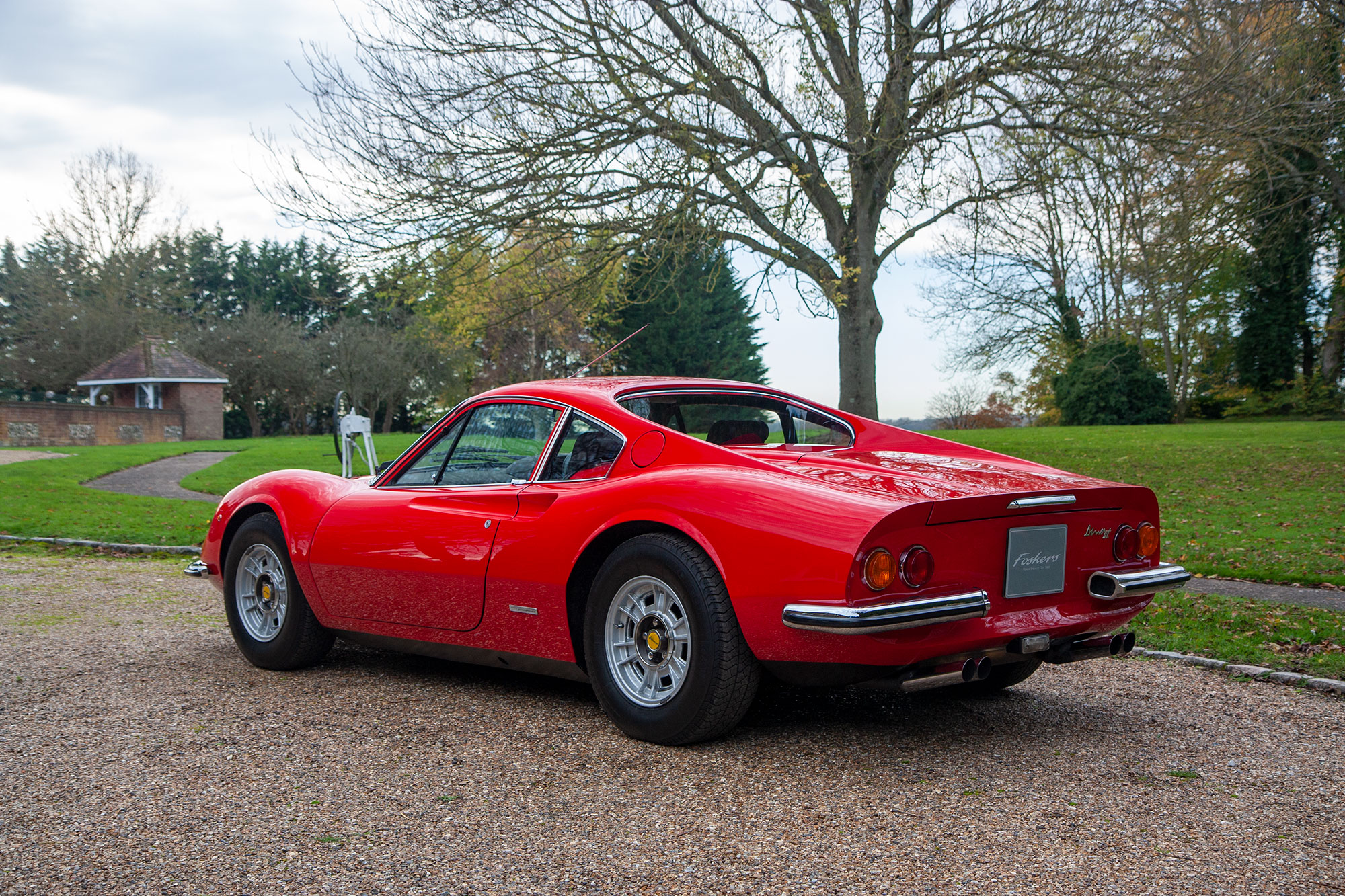 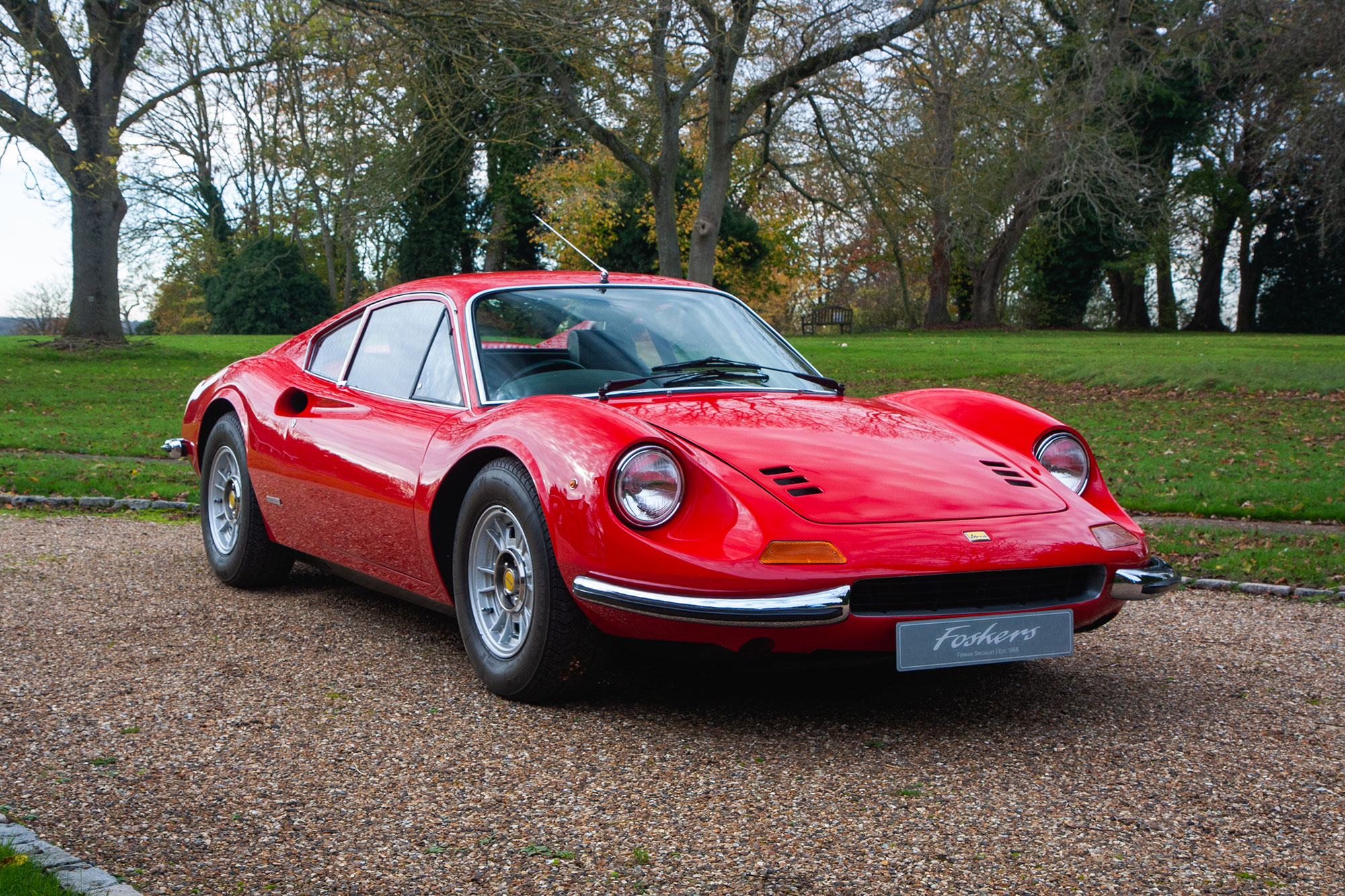 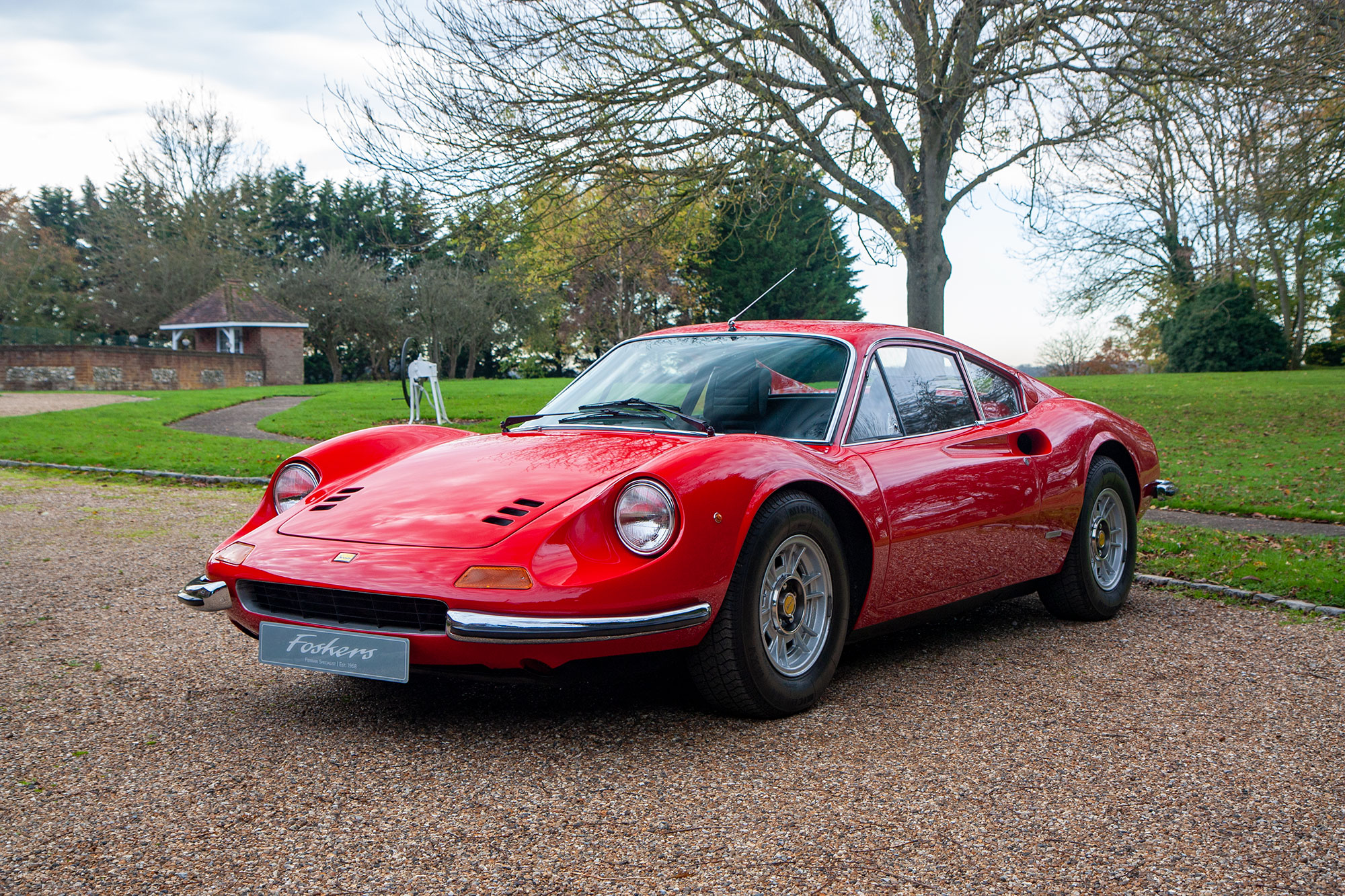 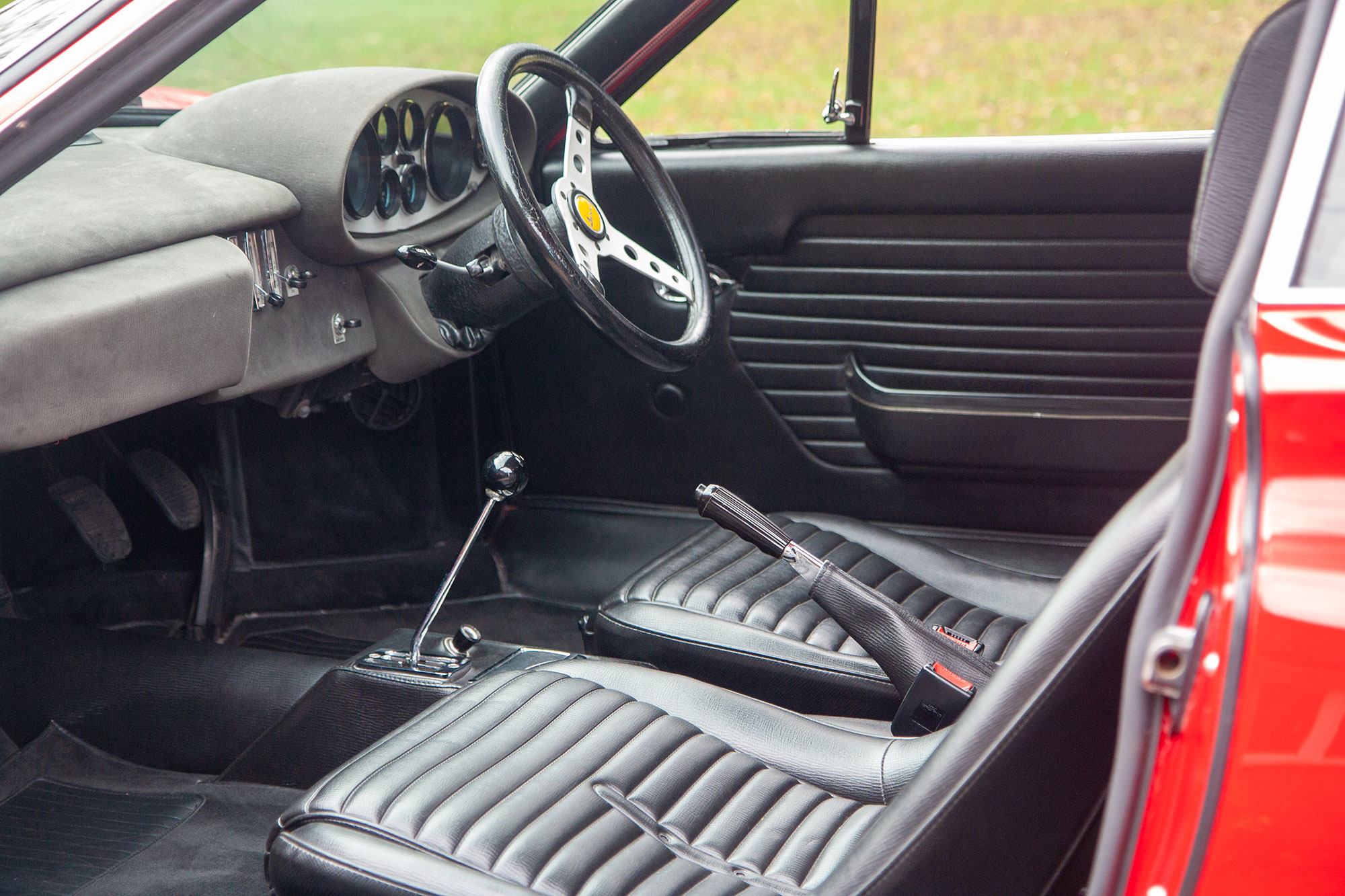 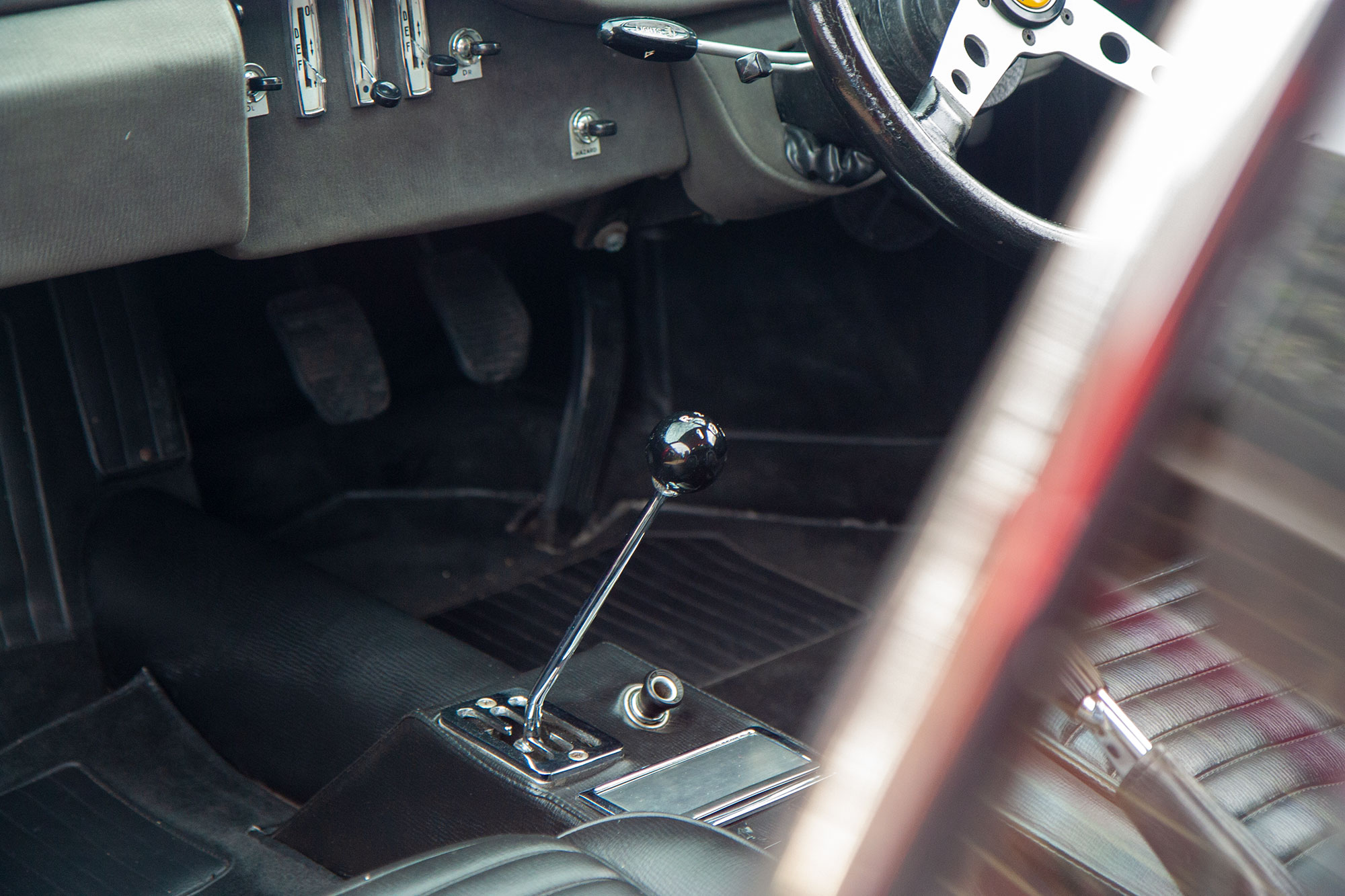 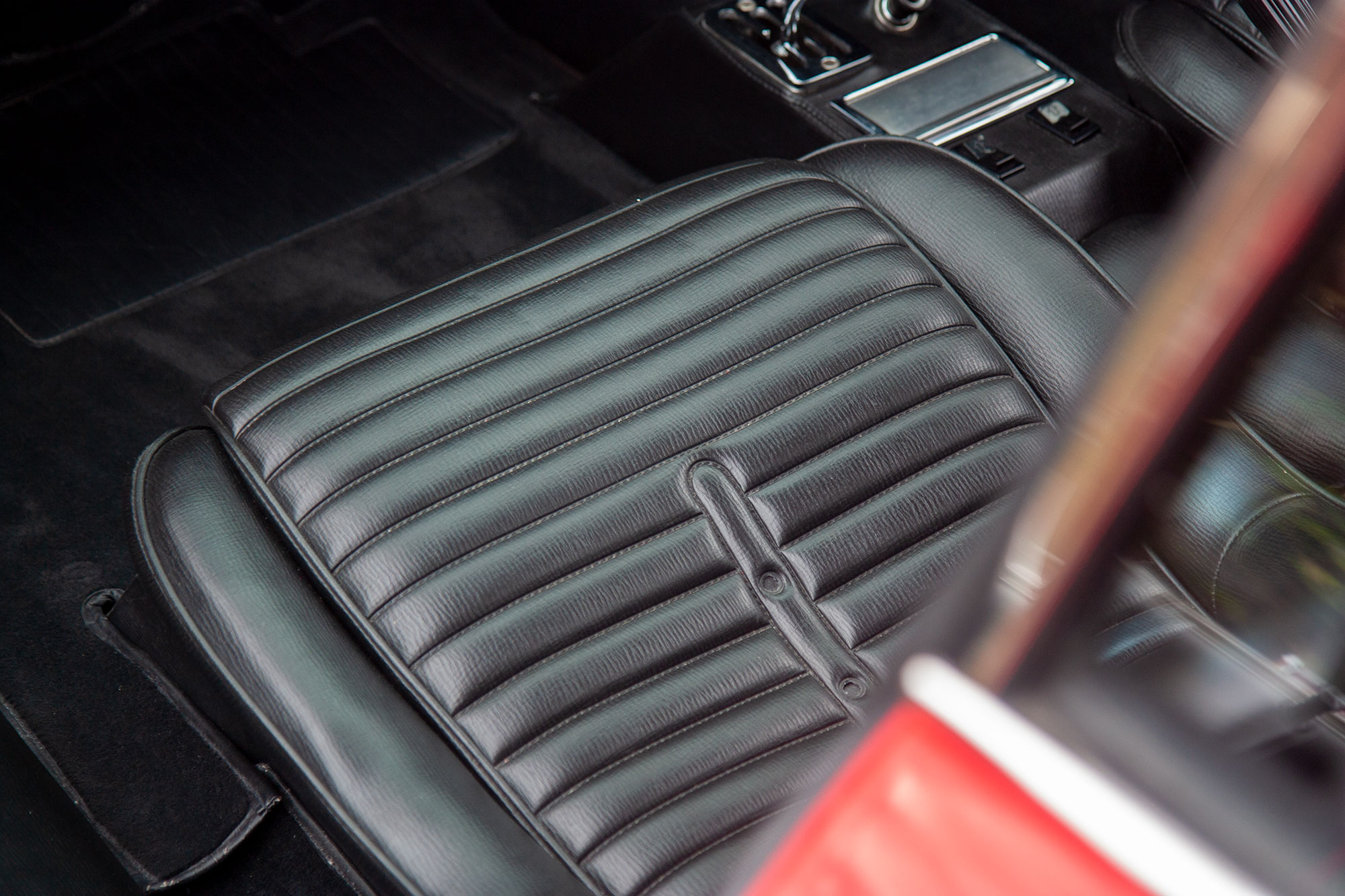 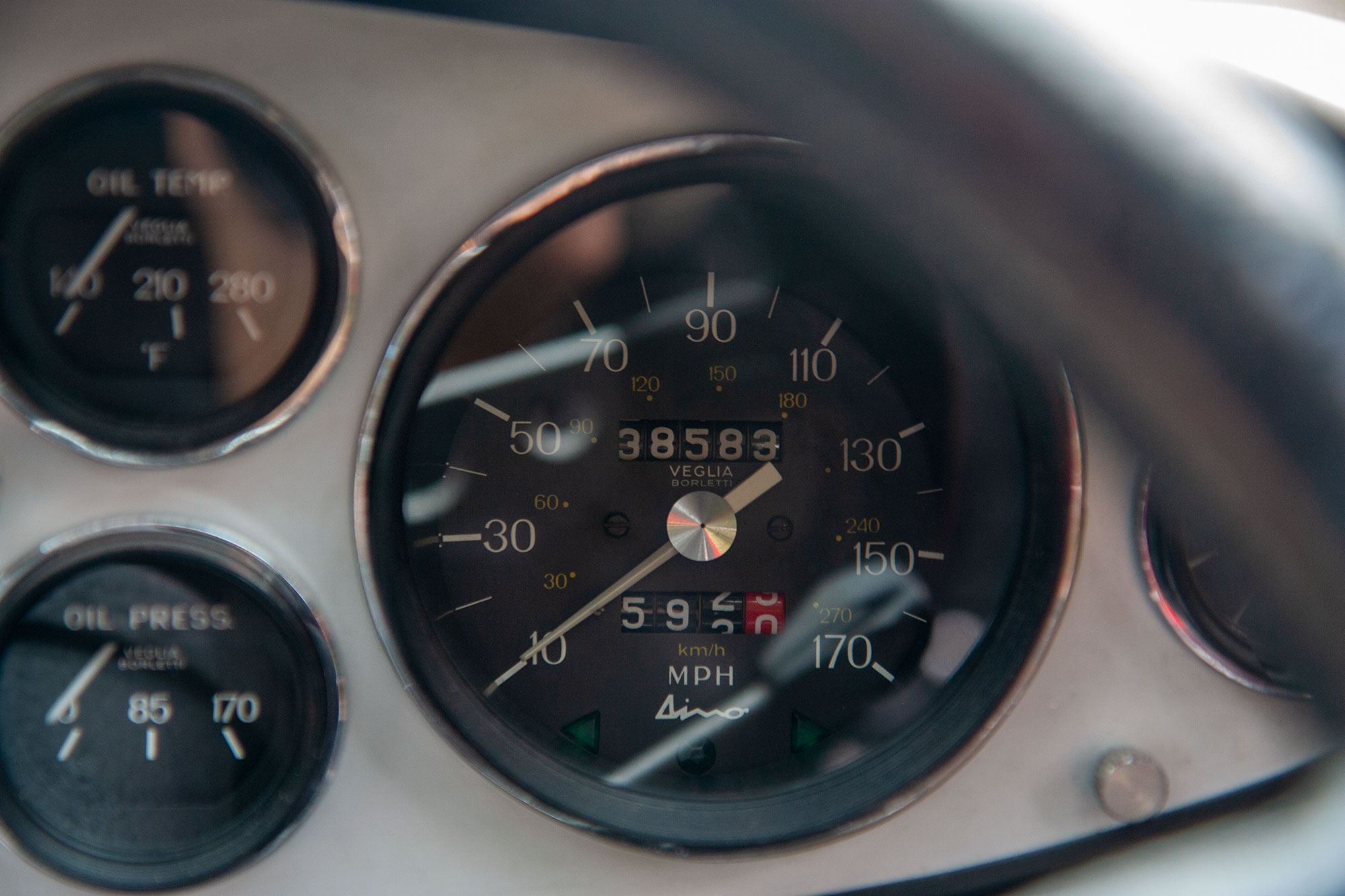 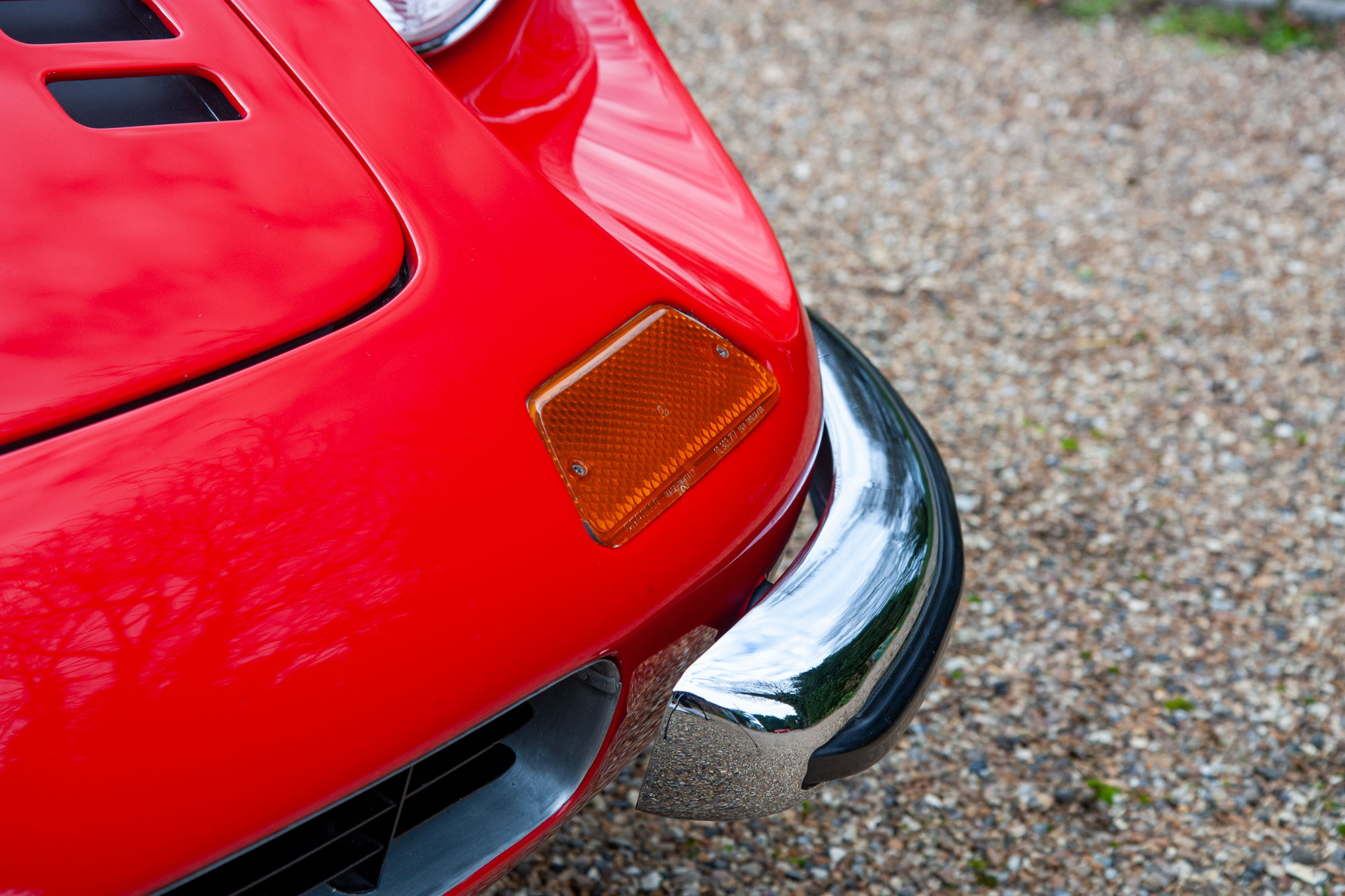 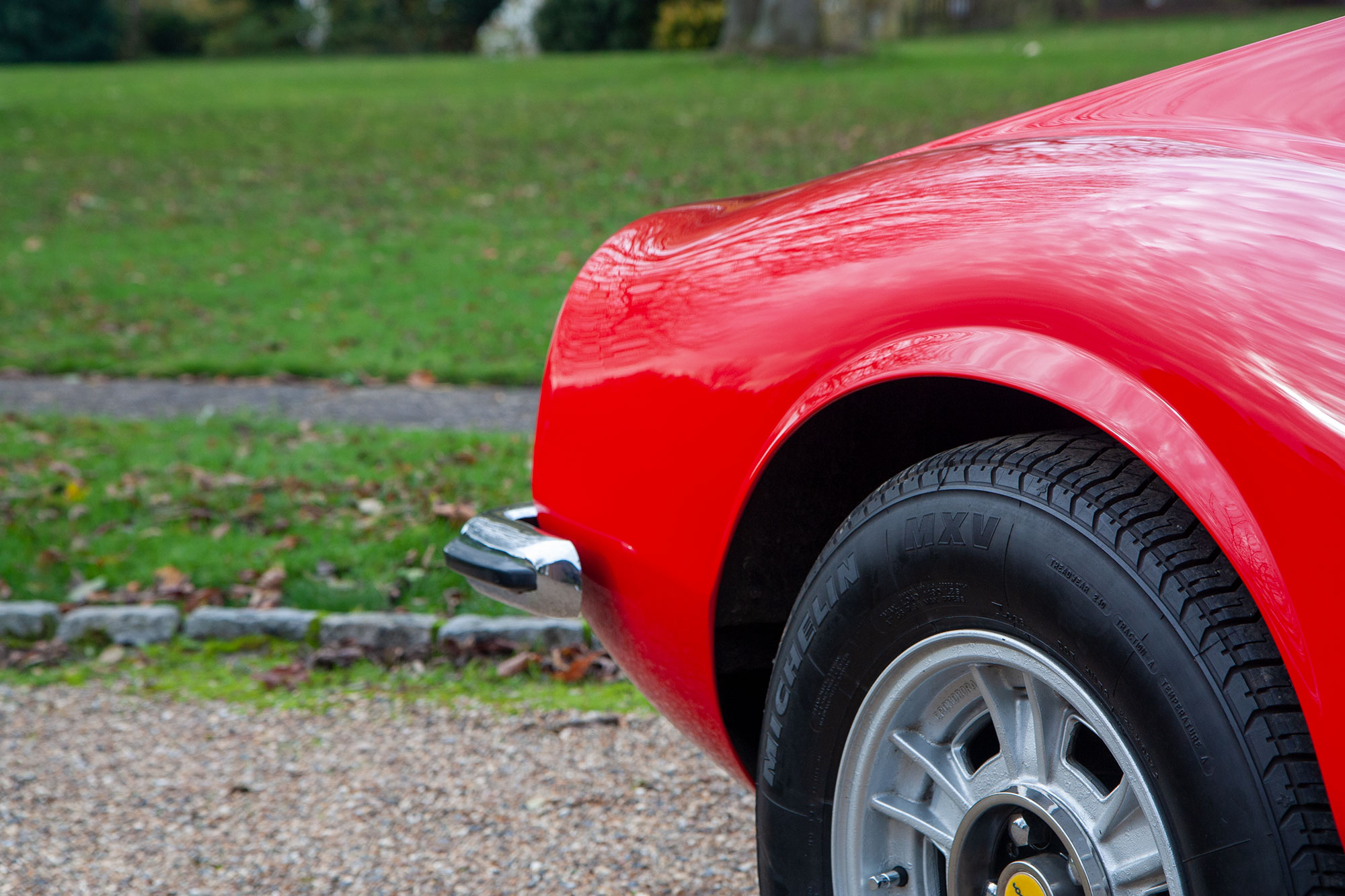 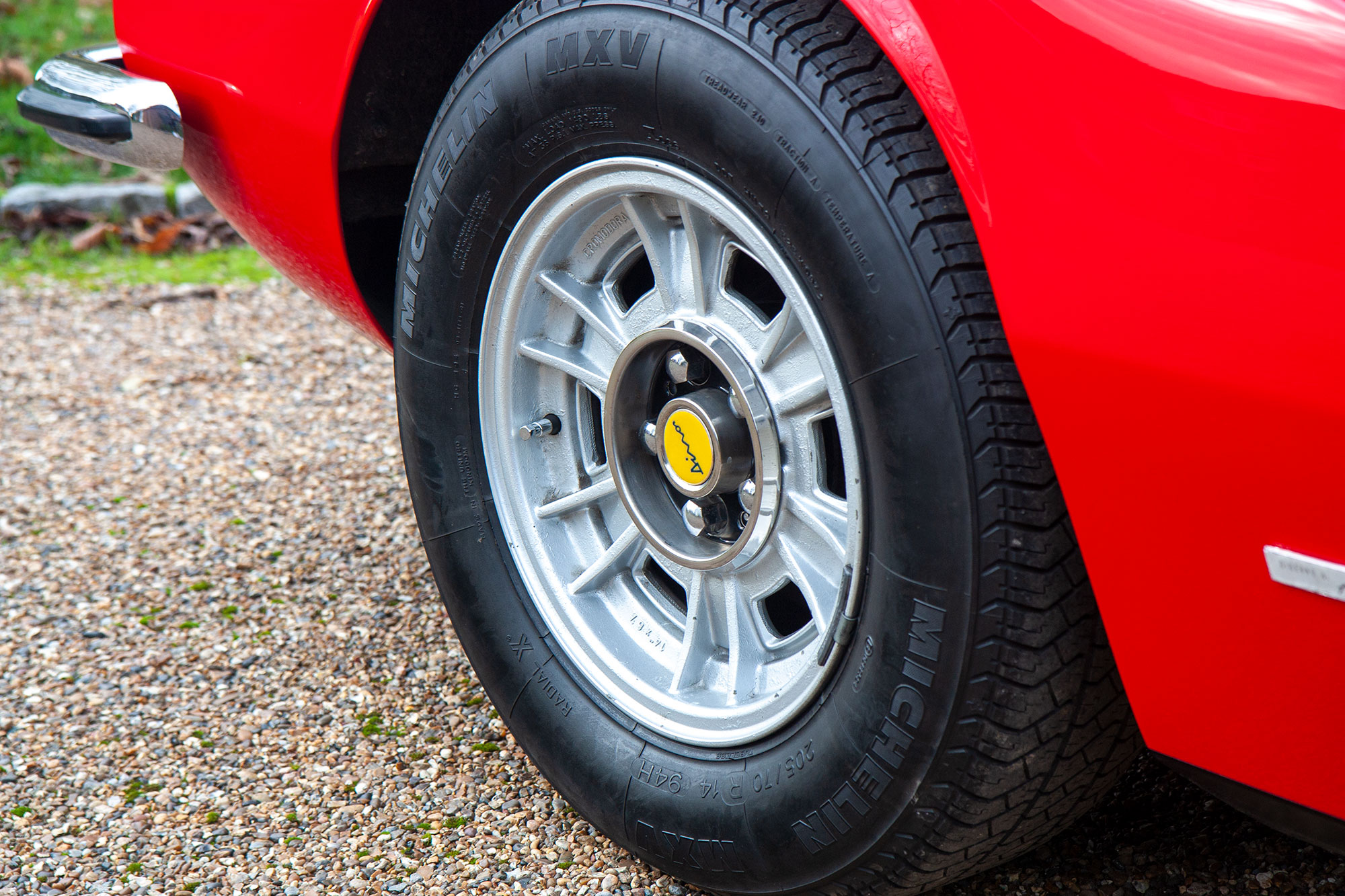 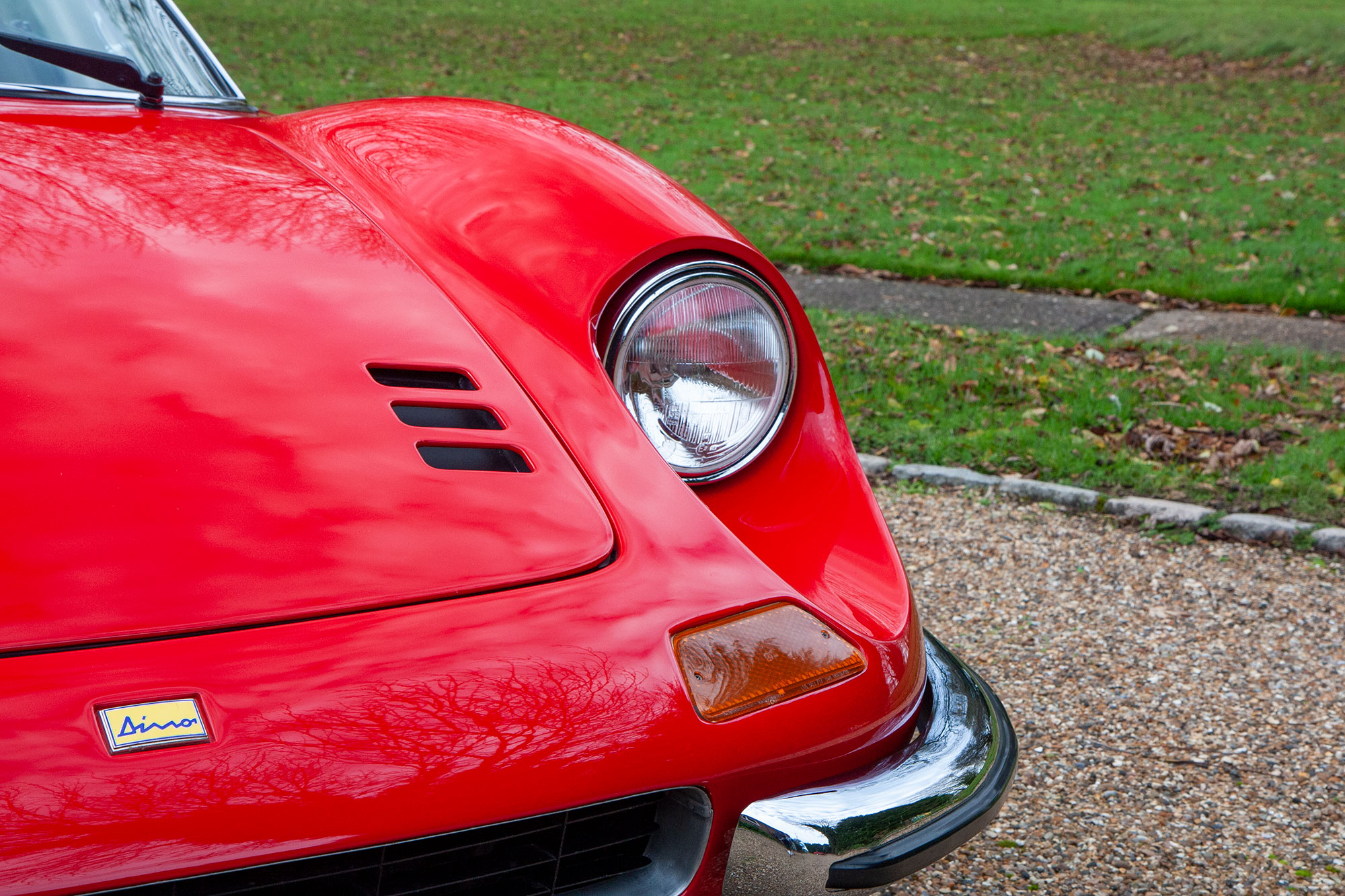 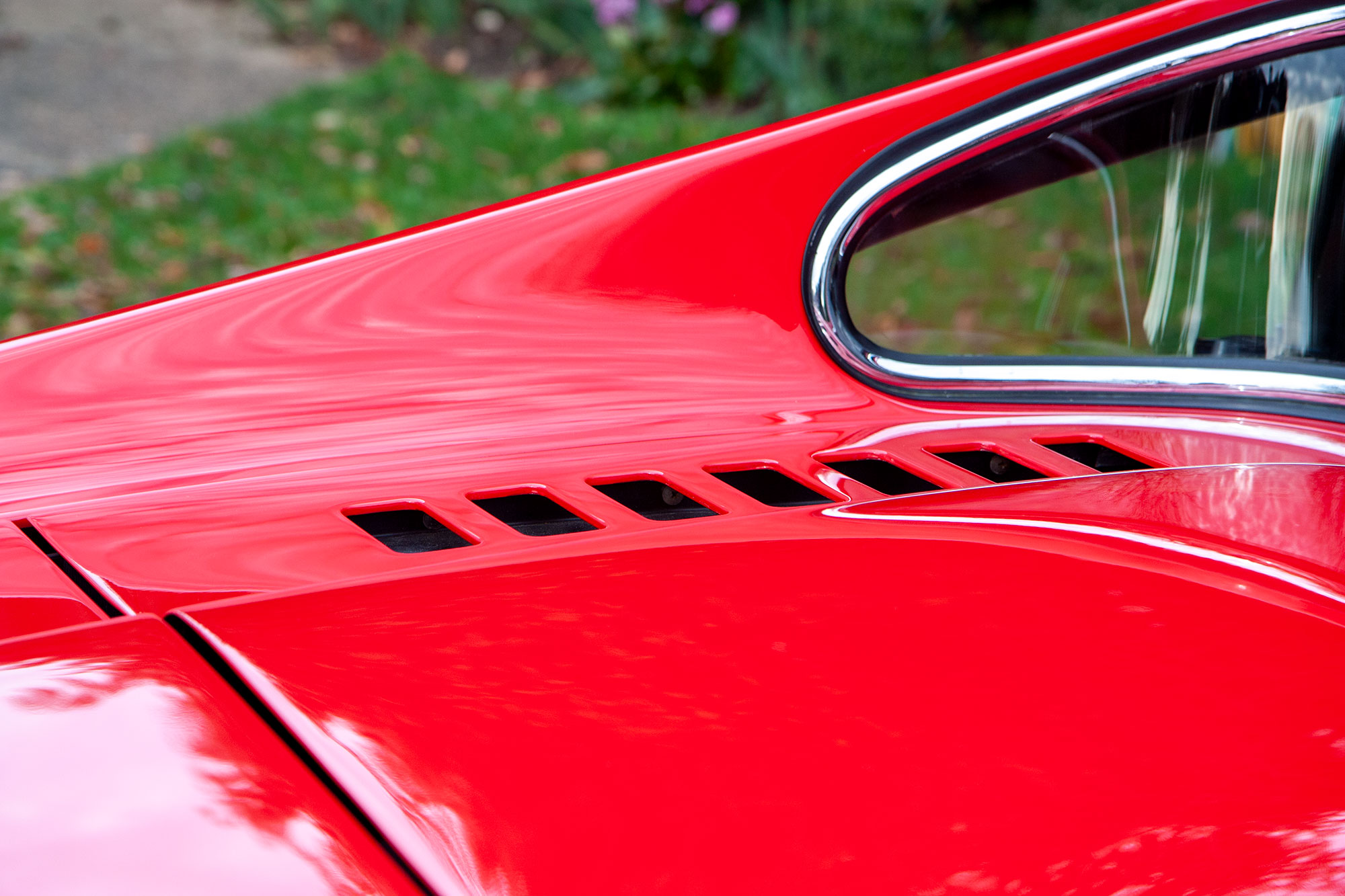 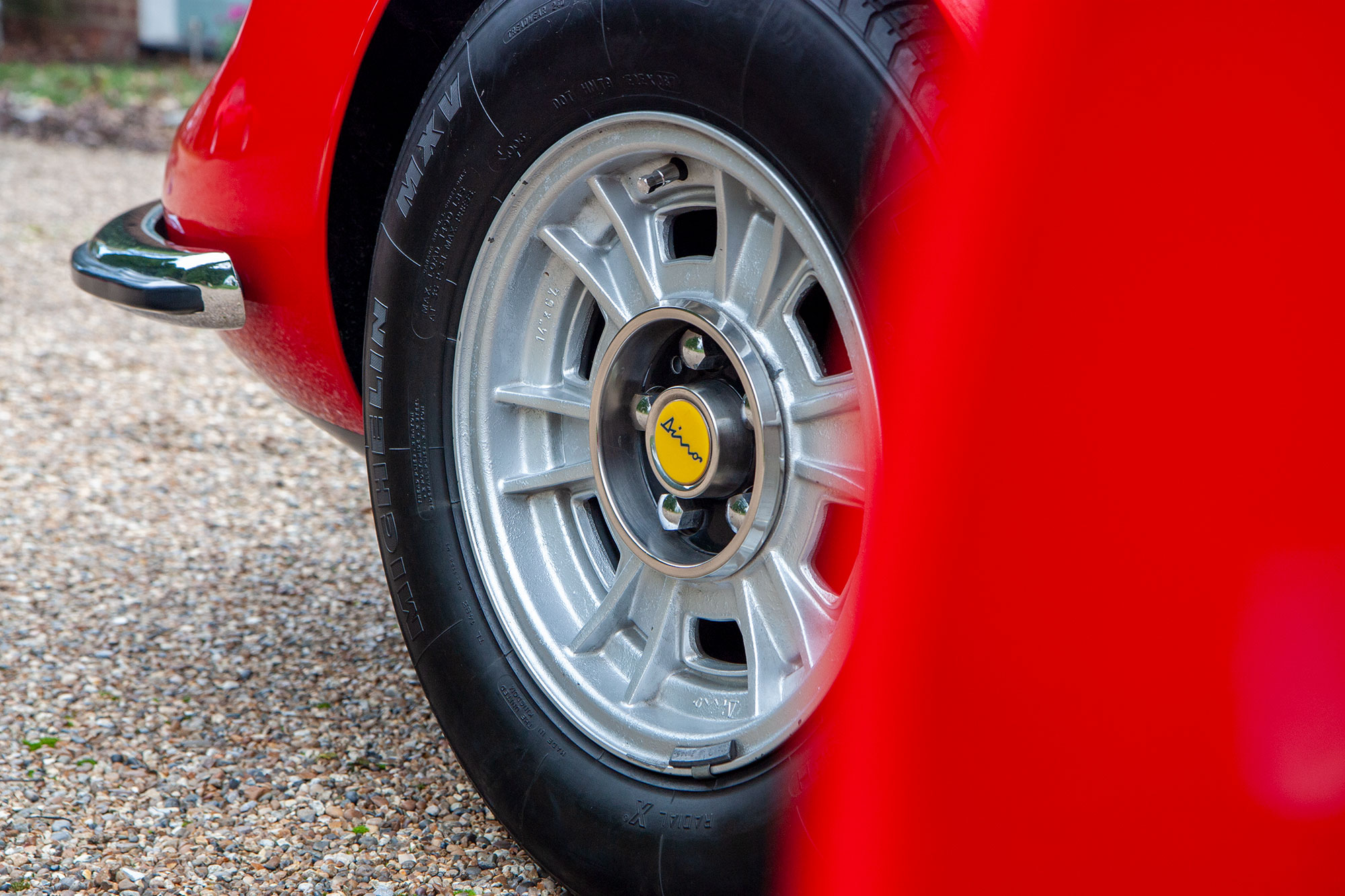 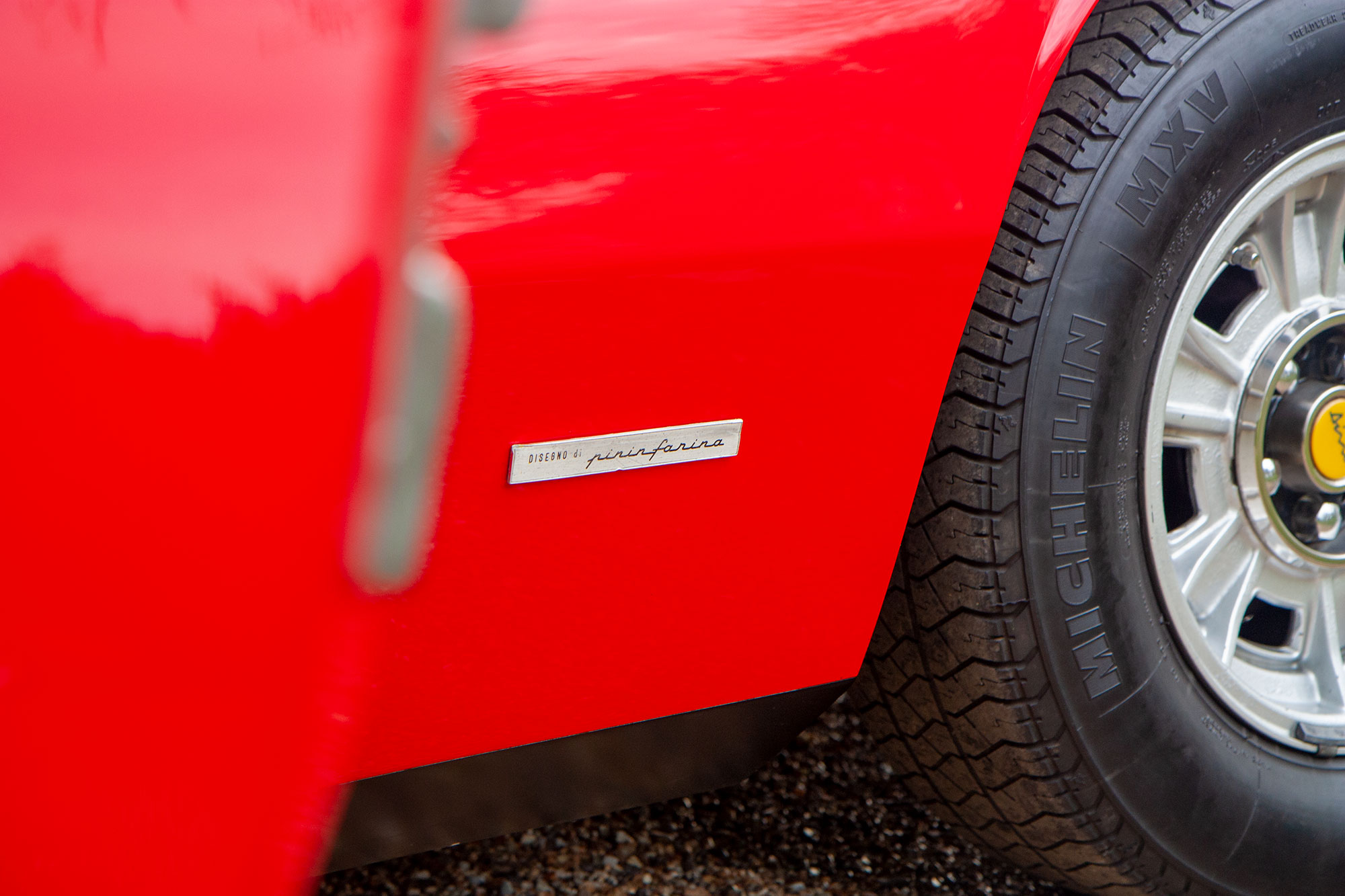 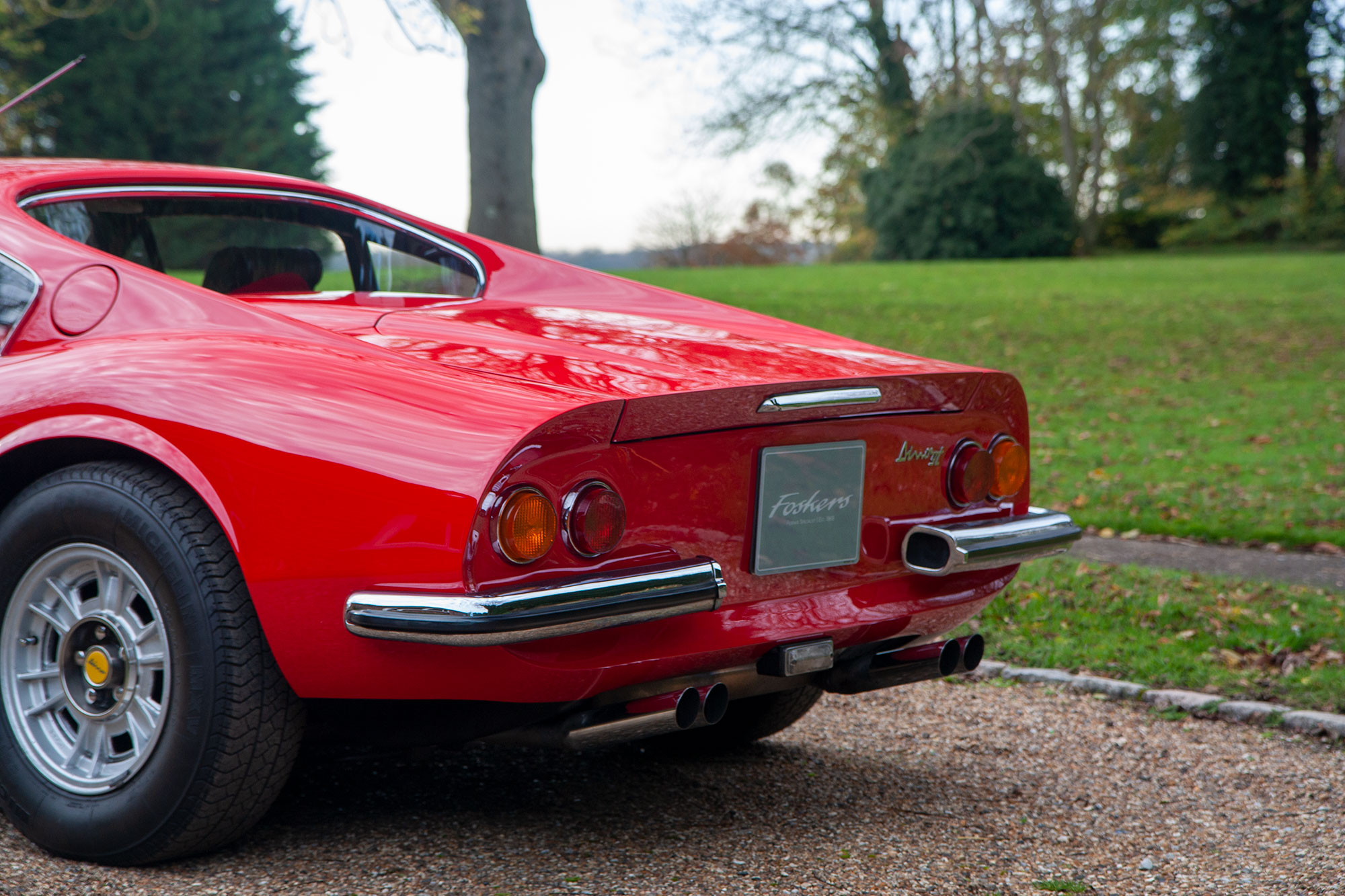 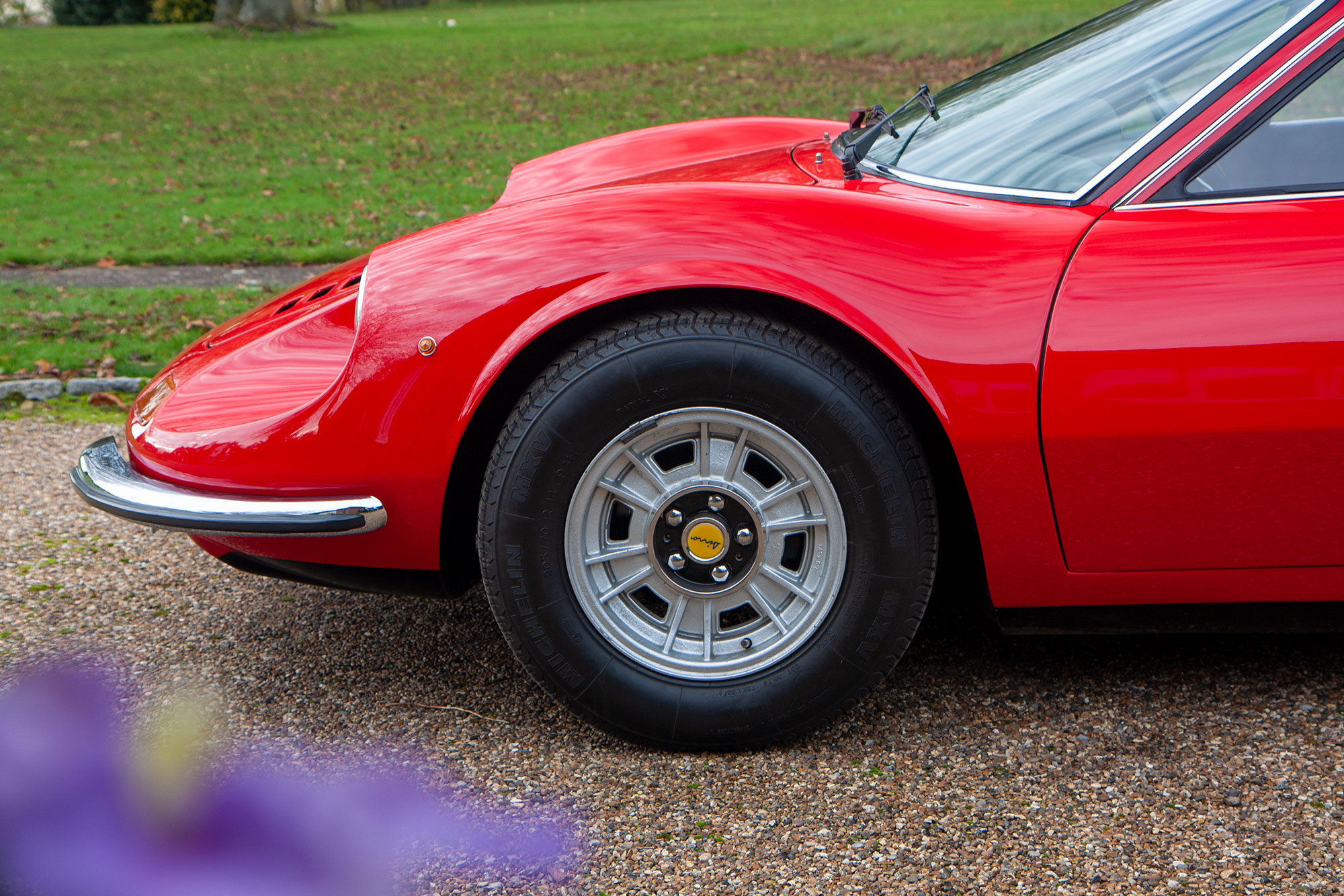 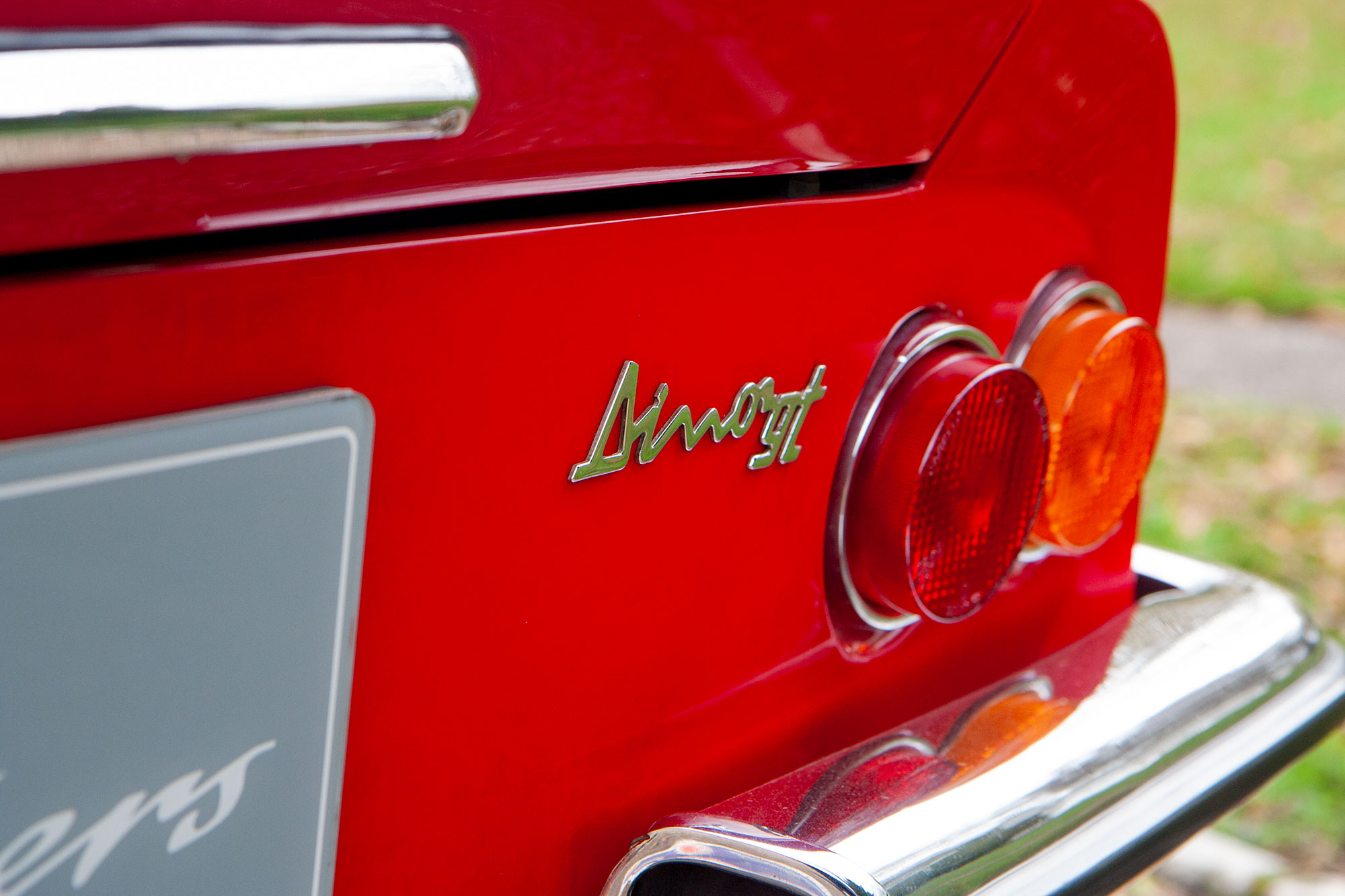 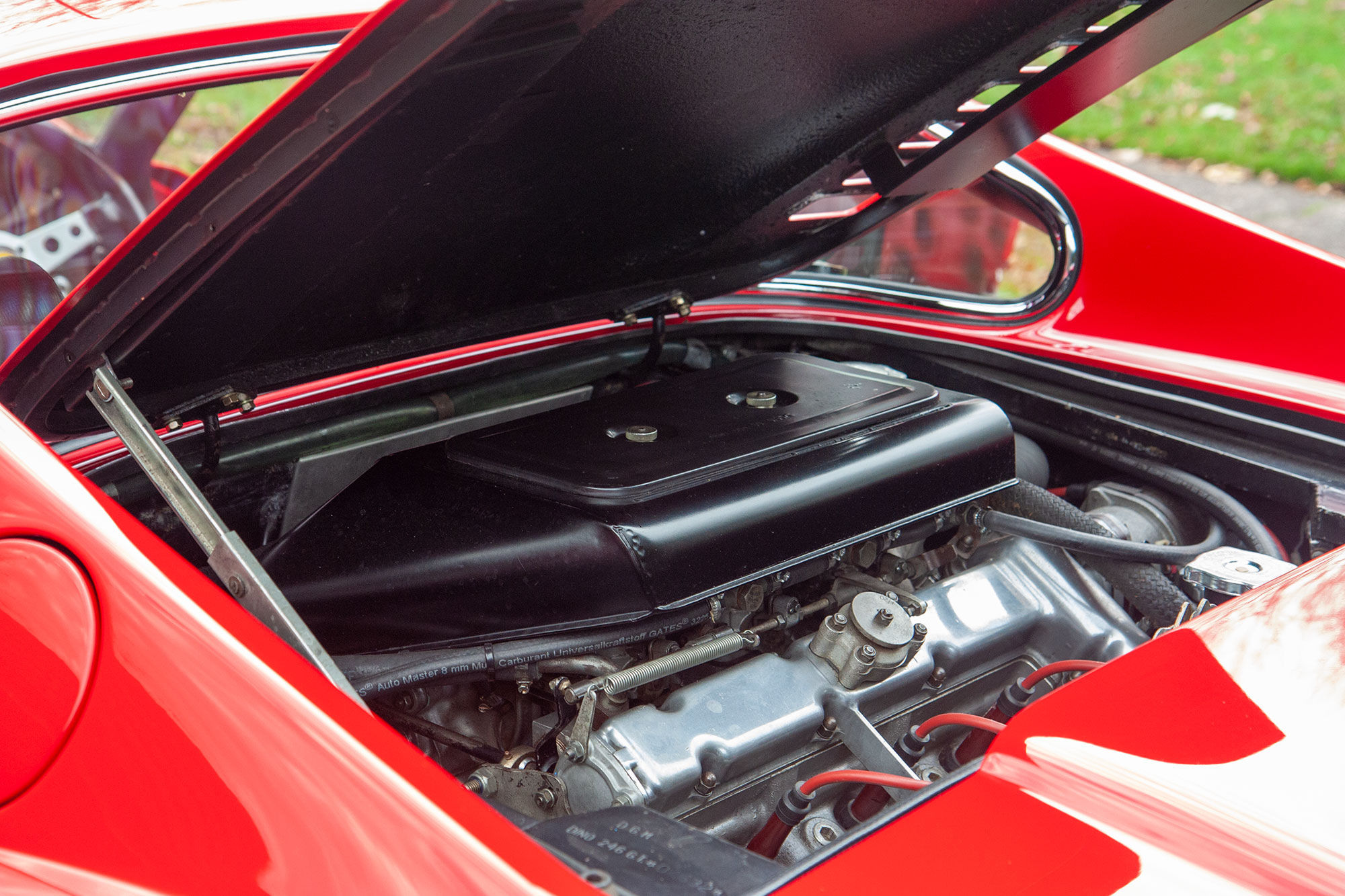 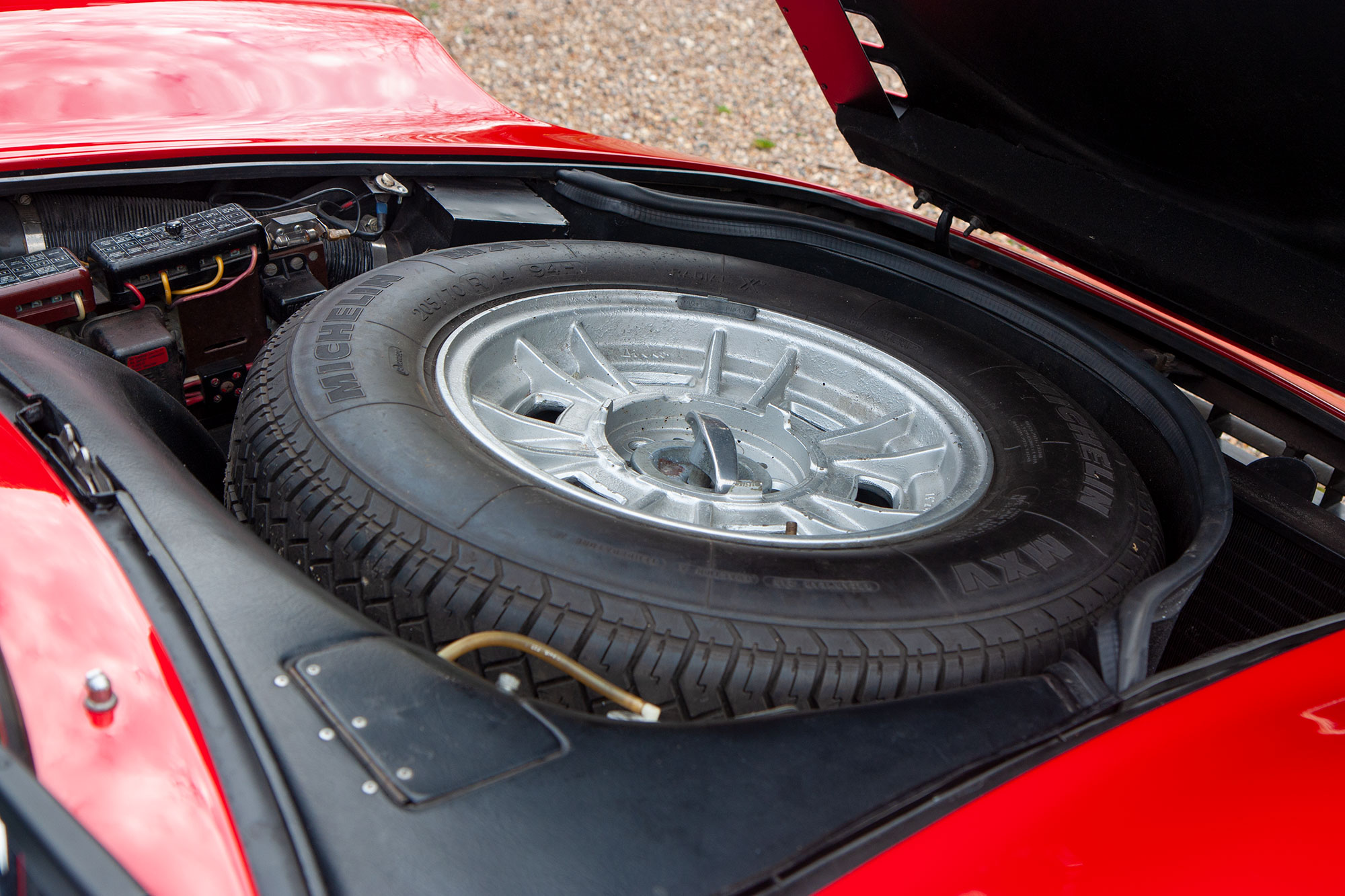 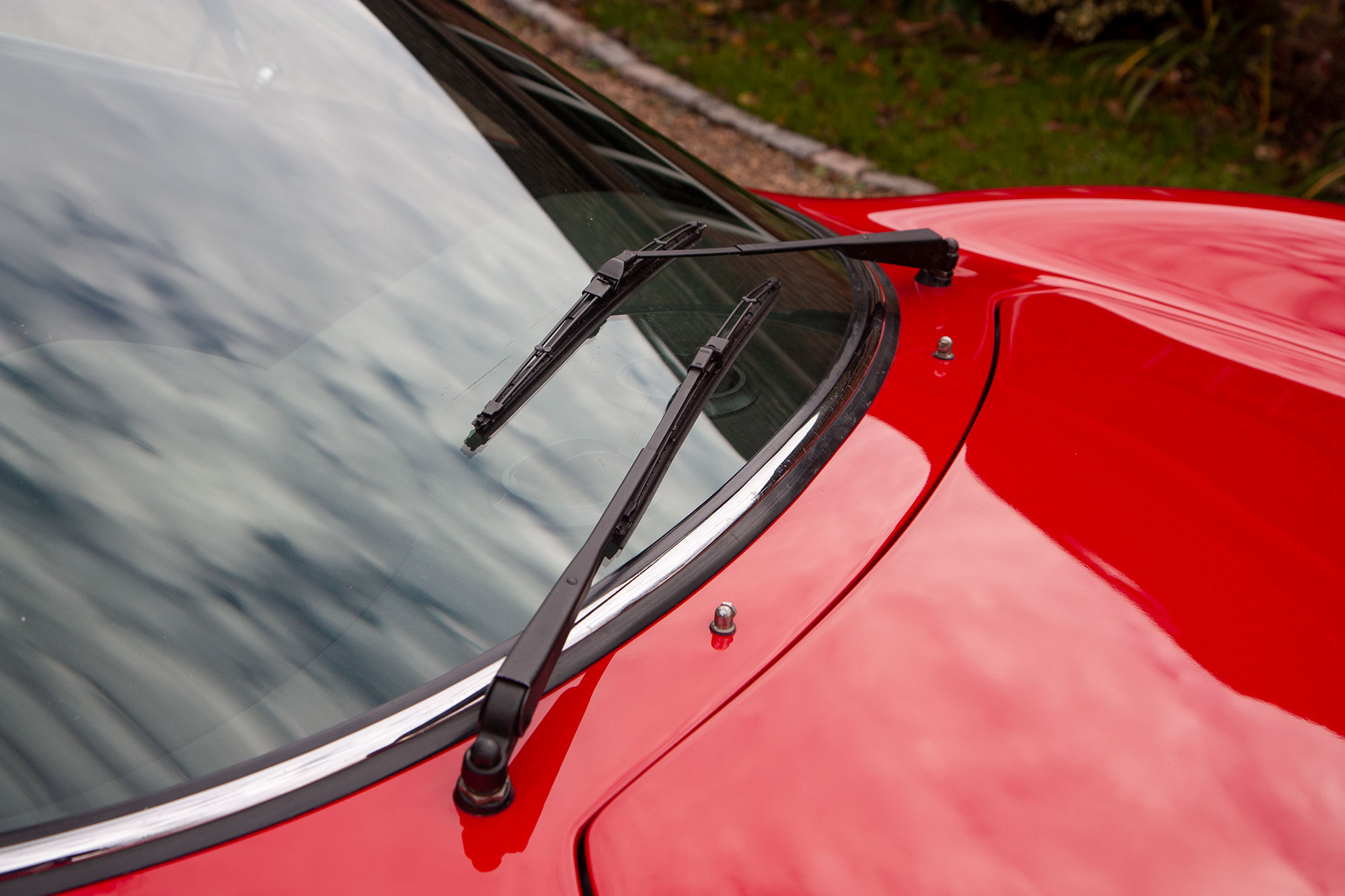 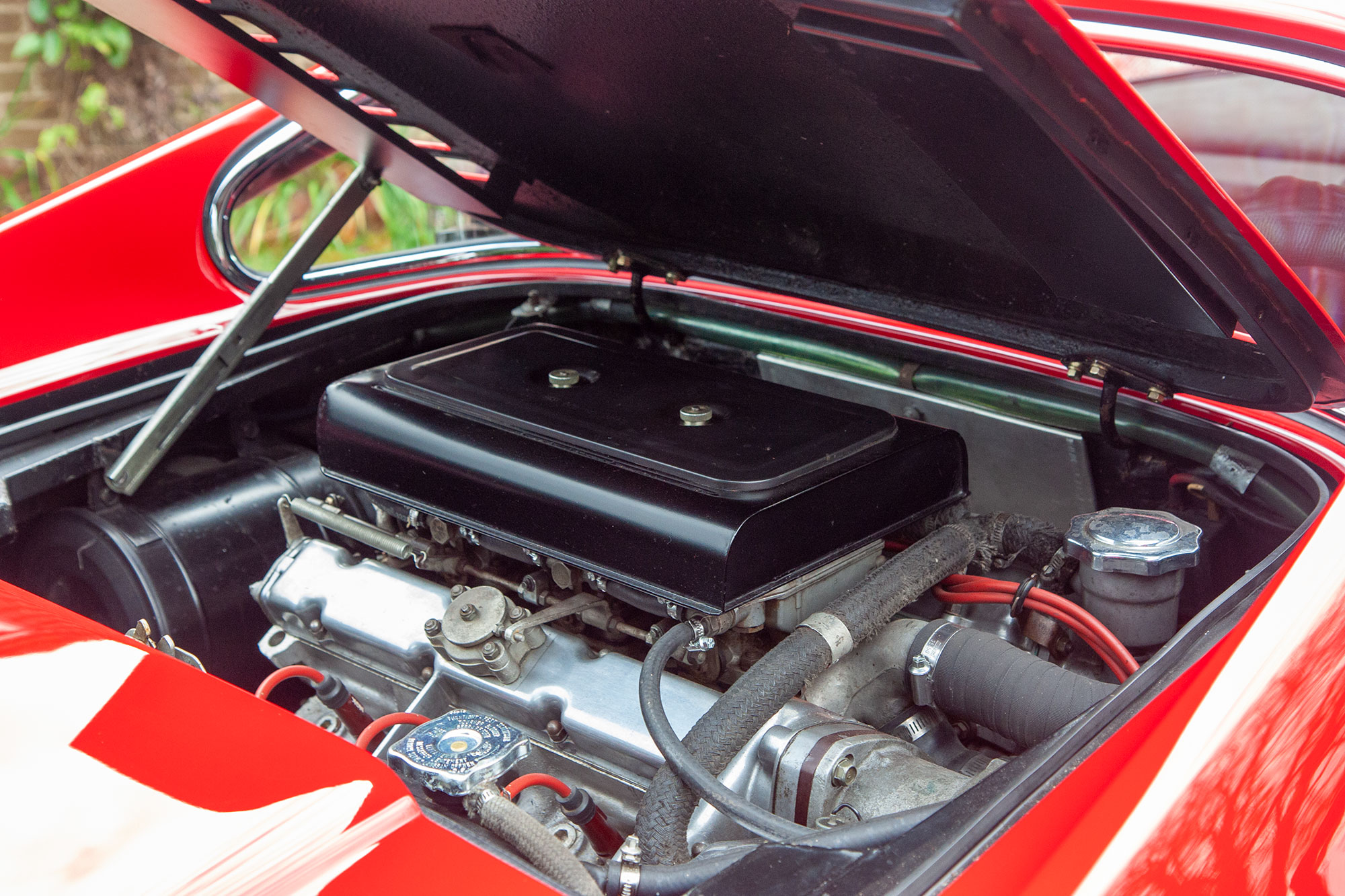 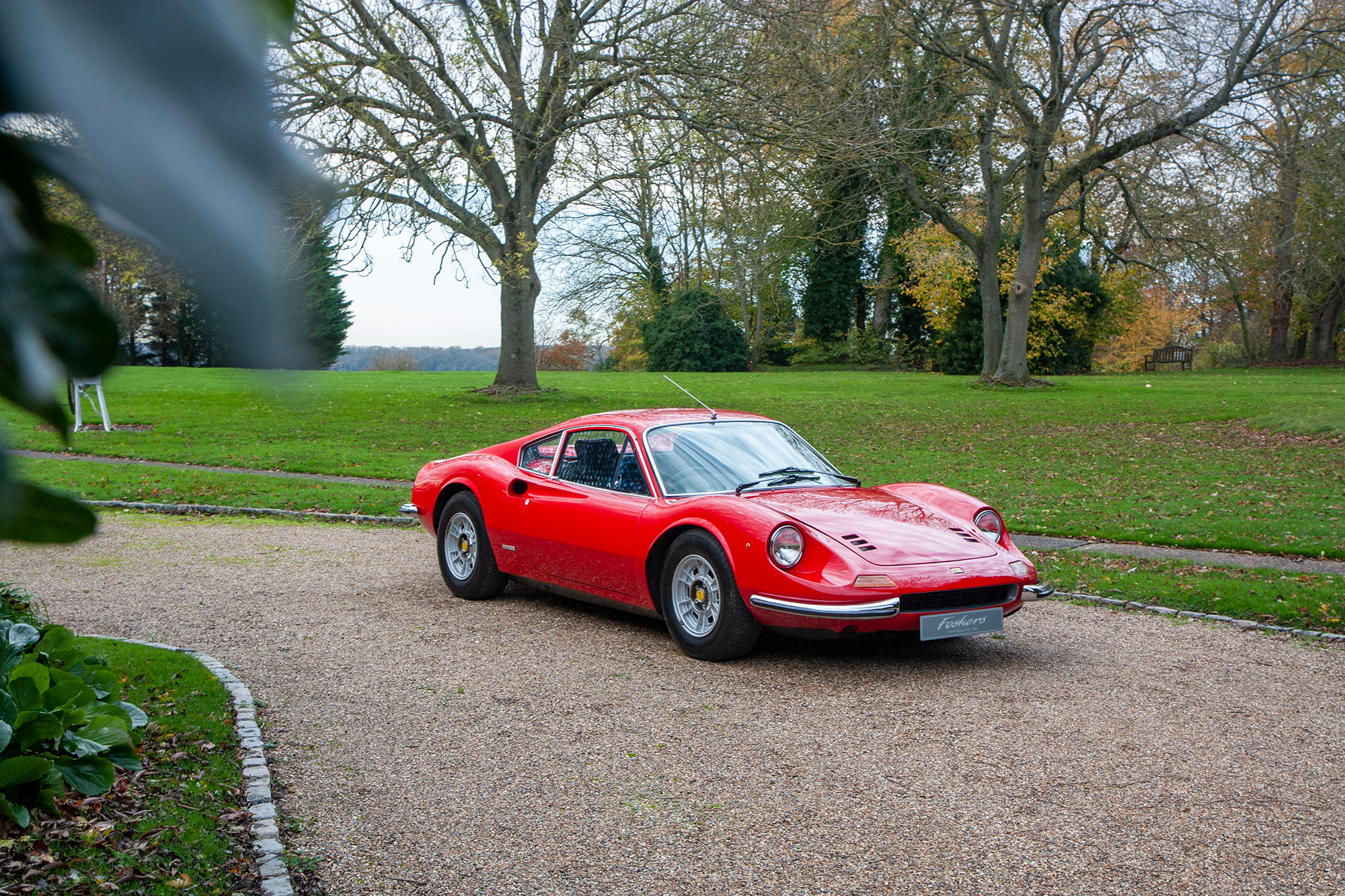