Verde is the new Black! 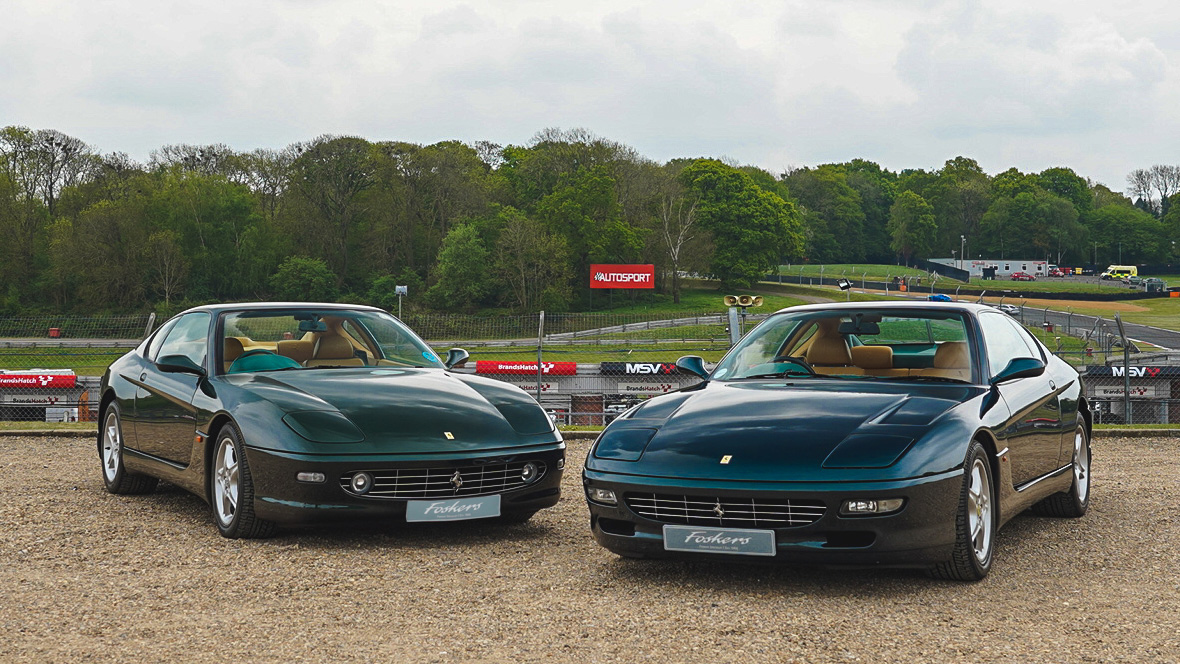 We recently sold this pair of Verde 456’s, having sourced the second example for a client who closely missed the first, and couldn't miss an opportunity to capture them together!
The rarity of these two doesn’t stop at the colour, they’re also both fitted with manual 6-speed gearboxes.
The 456 ‘M’ GT pictured on the left is one of only 33 imported into the UK and is finished in Verde Zeltweg, one of the rarest 456’s produced! It was delivered new and first registered on the famous plate - EHF 1, by Maranello Concessionaires, this example was used as their demonstrator on the 9th of May 2000.
The example on the right closely follows, being one of only 141 456 GT’s with 6-speed manual gearboxes imported by Maranello Concessionaires to the UK. This example was first registered in 1997 and specified in Verde Silverstone; similar, but with subtle differences when the paint catches the light.
We've loved having these two in our workshop and showroom over the past few months and are delighted to have now sent them off to their lucky new owners to join some fantastic collections.