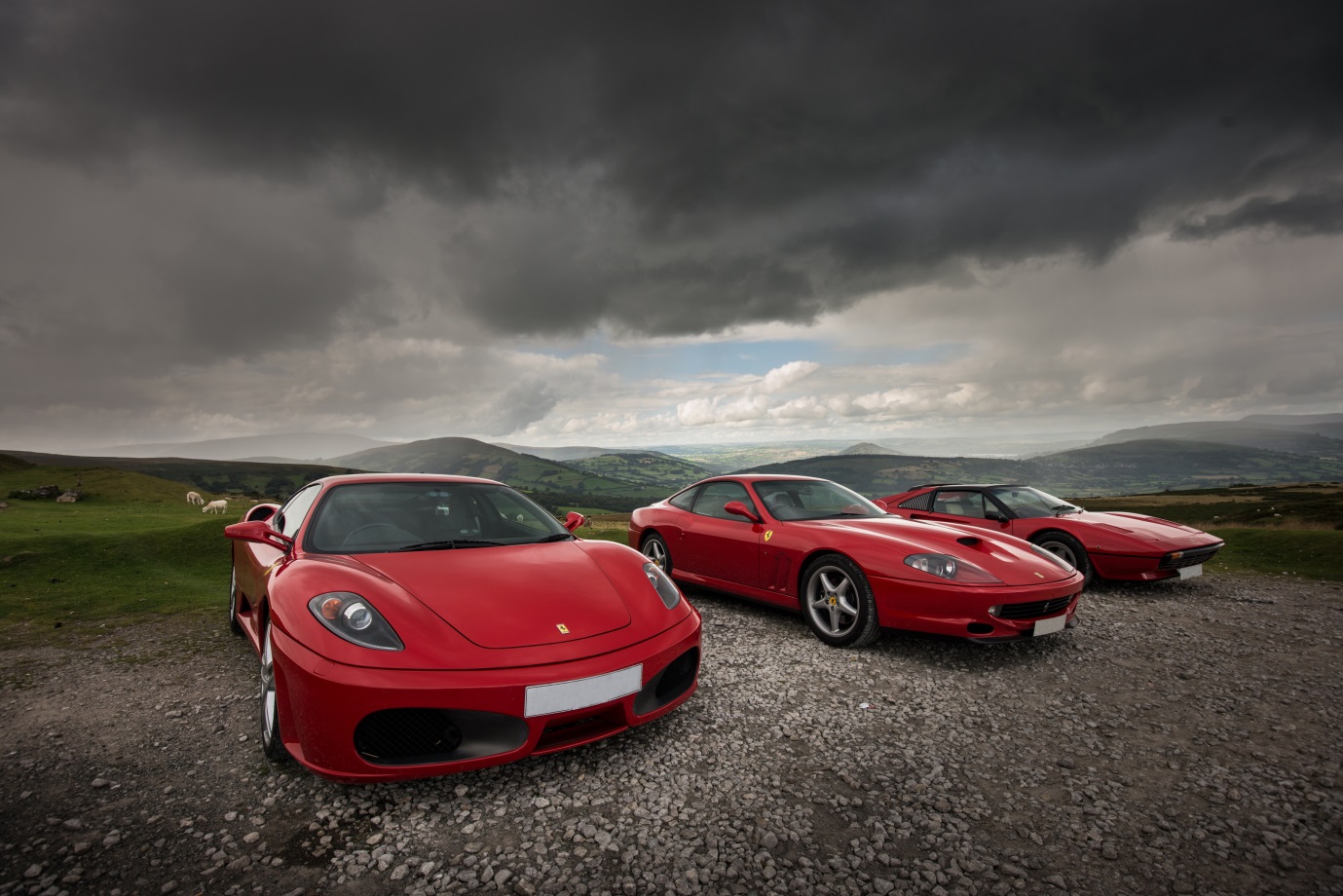 We are keen believers that these beautiful cars should be driven and enjoyed, and it fills us with great delight to hear about journeys such as this one.
Our Foskers Ferrari Tour 2017 gained a lot of interest, so we thought you might enjoy the group’s own write up of their trip too...

Ferraris need to be driven, so as a small group of enthusiastic owners we decided to drive our cars to reap the rewards of ownership. What a mistake, leaving the cars in the garage is!

After having the 308 and 430 serviced and thoroughly checked by Alastair and the team at FOSKERS we set off following the route and rubber of many other super cars as we headed over to the Brecon Beacons, meeting on route caused some 'mobile phone cameramen and women' to follow us into the service station where the 430, 550 and 308 stood together like a homage to the history of Ferrari over the last 40 years.

Two V8s and one V12, my personal choice, front engine, manual and rear wheel drive, with an exhaust note un-muted by ‘anything'! 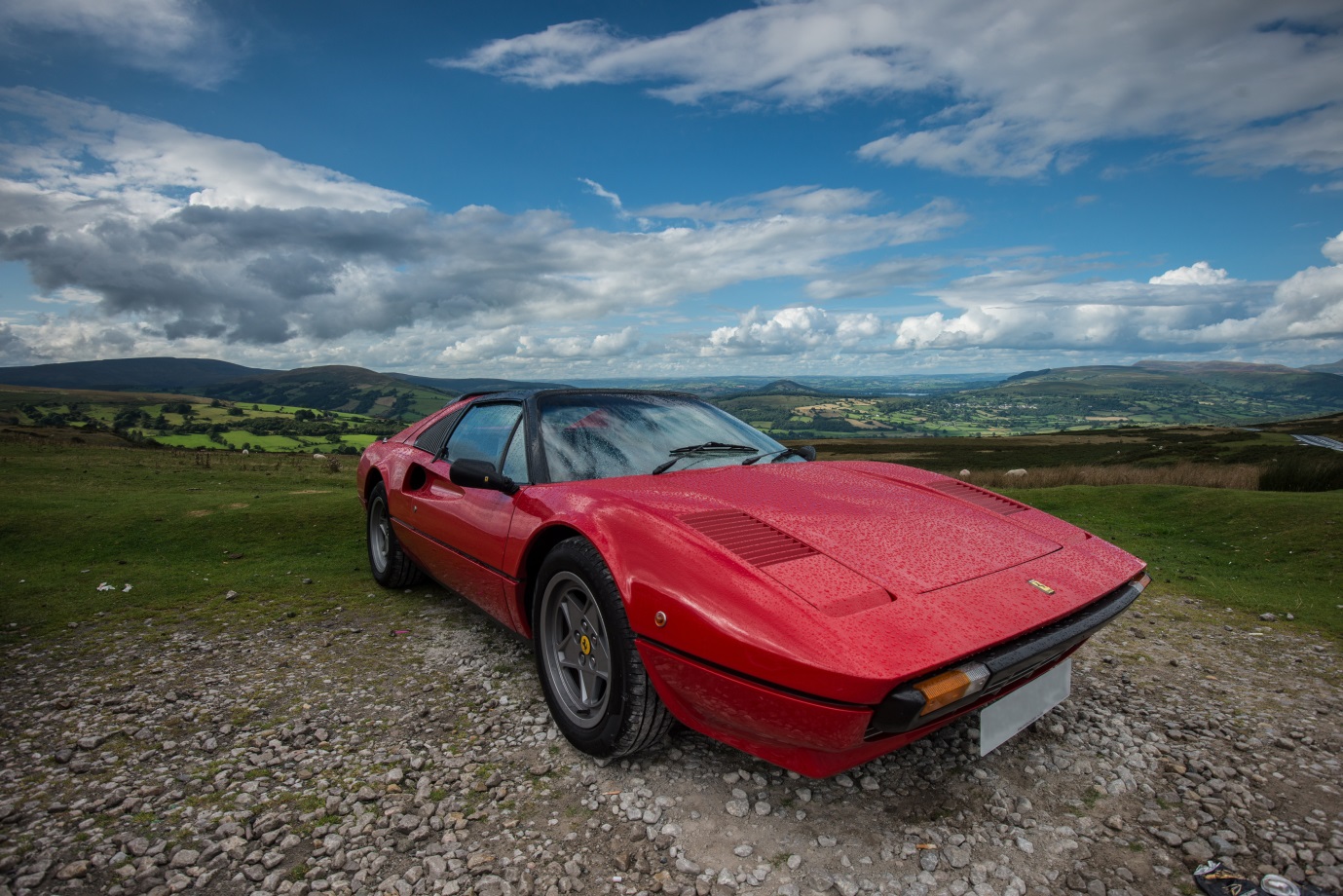 Soon the Ferraris were howling across the Welsh valleys in a blur of red. Leaving the very friendly pub at 6:45am revealed open roads and blue skies while the tarmac had a surface covered in a light dew that had the RSR system almost permanently flashing (until it was switched off) as the manual gearbox clicked through the gears, rarely reaching 4th as the long legs of the V12 engine consumed the twists and straights of the mountain roads.

The often maligned performance of the 550 turned into purity of performance in the environment, no traffic light heroes or pub bragging times, just pure driving on flowing roads with huge smiles at the sight of sheep running for cover and walkers looking on as the 550, 430 and 308 passed.

The 550, as demonstrated by Clarkson in his Top Gear YouTube film, is not only a very beautiful Pininfarina design, more relevant now than ever, but also a flag ship Ferrari that, due to that immense V12 and manual box give thrill and adrenaline intravenously! 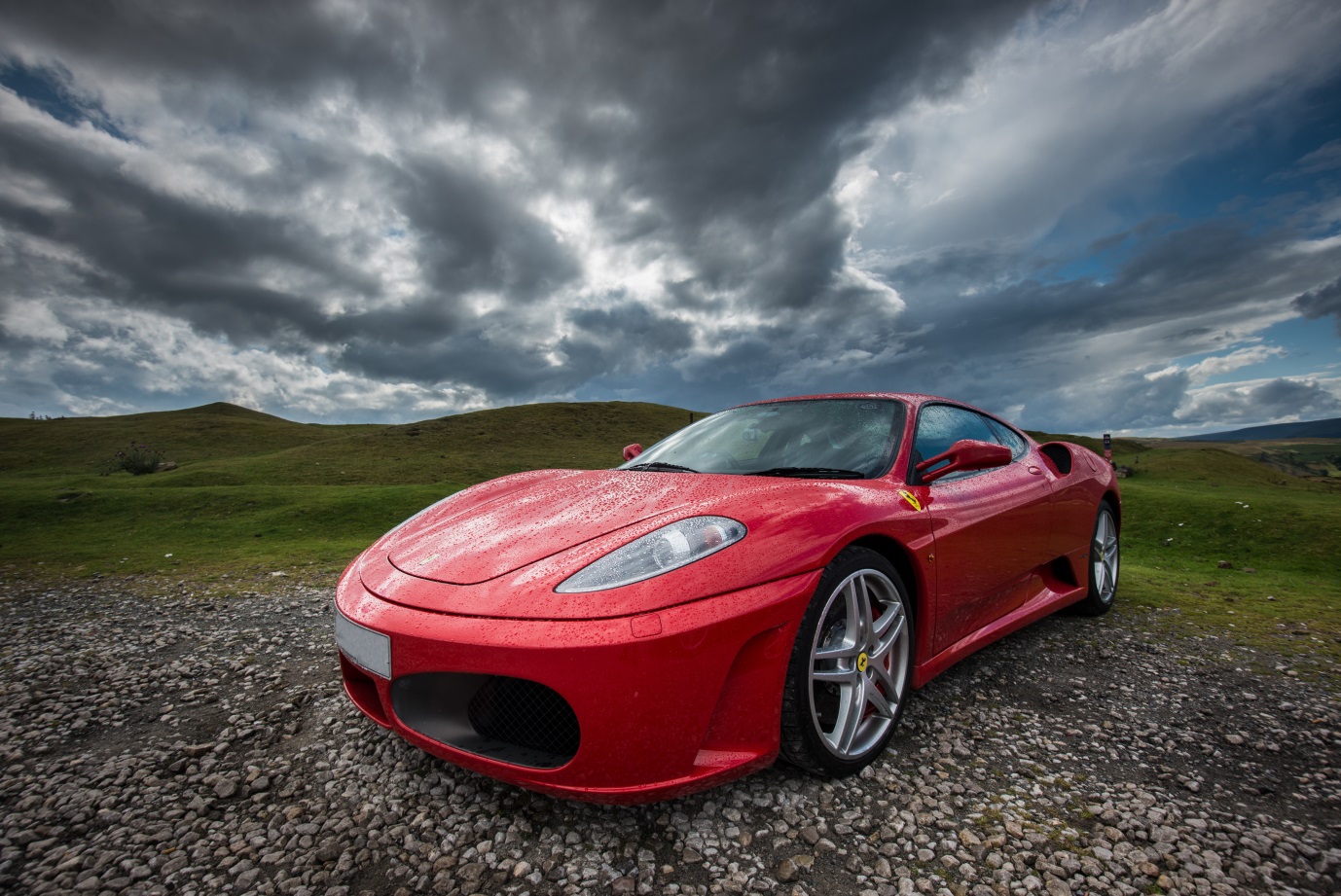 Keep the miles off it to protect the investment? There are richer, far more rewarding things in life than the Hagi index, a line very often kicked about over coffee on a Saturday morning with the guys down at Foskers. Whilst the youngest of the group, the F430 has more power than an F40 but is described as the first truly useable Ferraris.

The body of the F430 whilst paying homage to Ferraris of old shown the influence of modern day aerodynamics and style.

The F1 gearbox makes negotiating the twisting roads of the Brecon Beacons an absolute pleasure and with the peak power coming at 8,500 rpm the engine produces one of the best audio soundtracks you will ever hear!

The car lives up to all the hype of being a truly useable car the flat undertray and the rear diffuser keeping the car firmly planted on the tarmac. 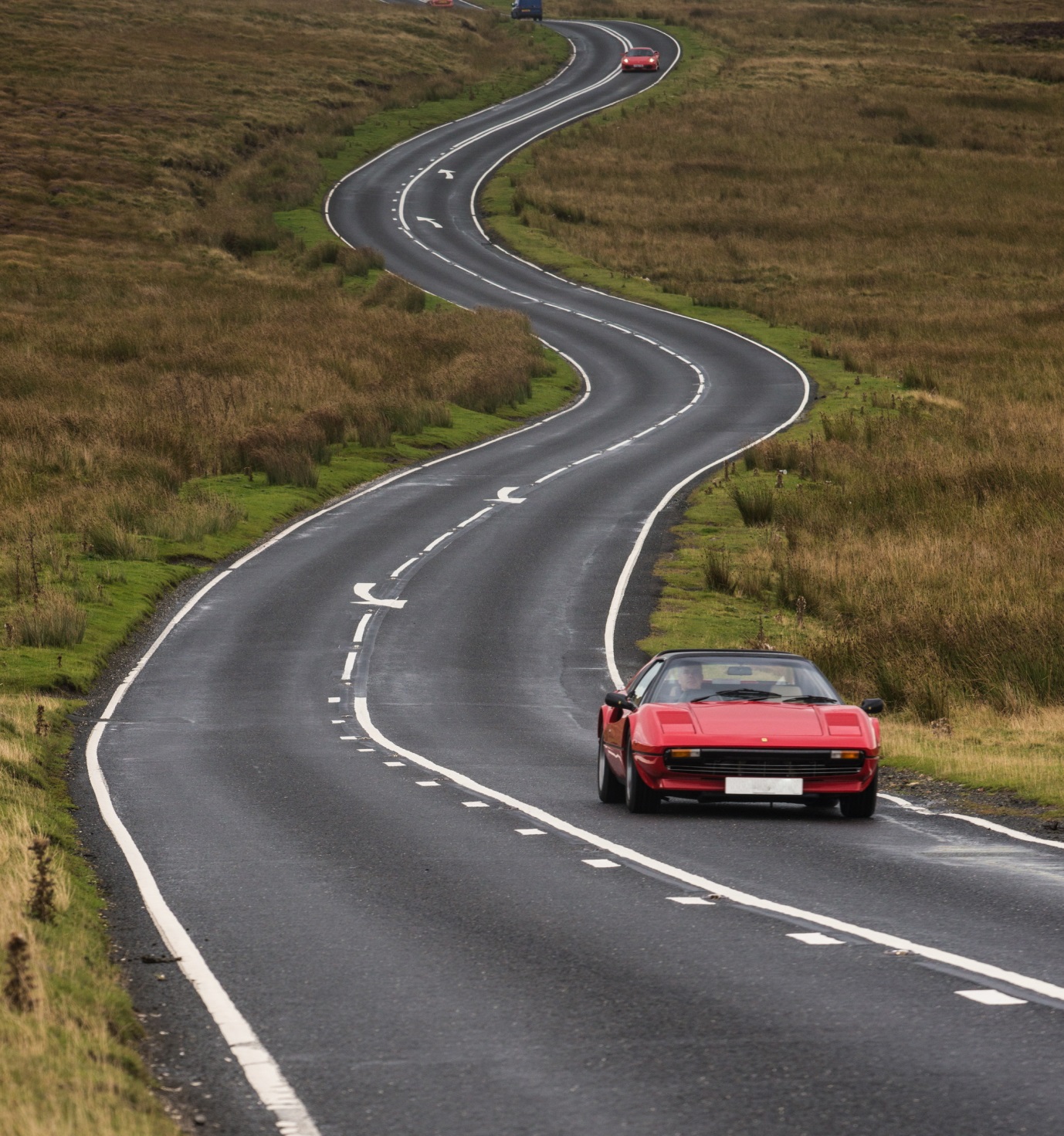 When compared to the 550 and the 430 the old lady of the three gave away a huge amount in performance. With no clever electronics to keep the car on the road, just an engine, four fat tyres and not nearly enough driver talent there were a few ‘slippery’ moments the others didn’t seem to notice. But as the sun rose and the early morning dew dried the heart and soul of the 308 emerged as she ceased sliding, started to truly grip the amazing twisting roads and became a whole load of fun. And the noise from the V8…only one word can describe it...glorious.

Obviously not a car for outright speed or traffic light drag races but on this type of road in these conditions the brilliance of the designers and engineers working before clever computers with only paper, pens and slide rules shone through. What an unbelievable car.

If our adventure strikes a chord, then why not invest some time talking to the sales guys at Foskers. They currently have some great examples of Ferrari’s finest in their showroom. Alastair Gill, Foskers Workshop Manager, is renowned for his knowledge,  customer service and attention to detail when it comes to servicing, maintaining and getting the very best out of your pride and joy You can call in anytime but Saturday at Foskers always has a real buzz about it and the coffee is flowing, this is a great time to meet fellow enthusiasts and talk Ferrari.